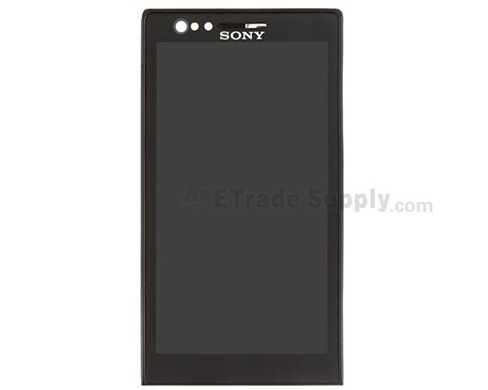 Sony announced the Xperia Z1 (Honami) after a long and seemingly never-ending series of rumors and leaks. The official announcement for the Xperia Z1 arrived during a Sony event that took place last week just before the kickoff of IFA. And well, it now looks like the Honami related rumors are going to continue — except this time around with talk of the Honami Mini.

Or more accurately, maybe the talk should be of the Xperia Z1 Mini. Anyway, regardless of whether you want to refer to this yet to be announced ‘mini’ smartphone as the Xperia Z1 Mini or Honami Mini, it does appear as if the folks at ETradeSupply have published an image of the front panel. The details were on the light side, but this isn’t the first time we have seen this mini-model Xperia Z1 in the rumor mill.

Other still rumored specs of the Xperia Z1 Mini include 16GB of internal storage, 2GB of RAM, a 2400 mAh battery and the same 20.7 megapixel camera with Sony G Lens found on the back of the Xperia Z1. Aside from the drop in display size and resolution, the other drop in terms of specs comes in with the battery. The Xperia Z1 has a 3000 mAh battery.

All that being said, the current rumors are suggesting Sony will announce the Xperia Z1 Mini sometime in the fall. Or in other words, it looks like we have plenty of time for the rumors and speculation to build before we hear anything official.