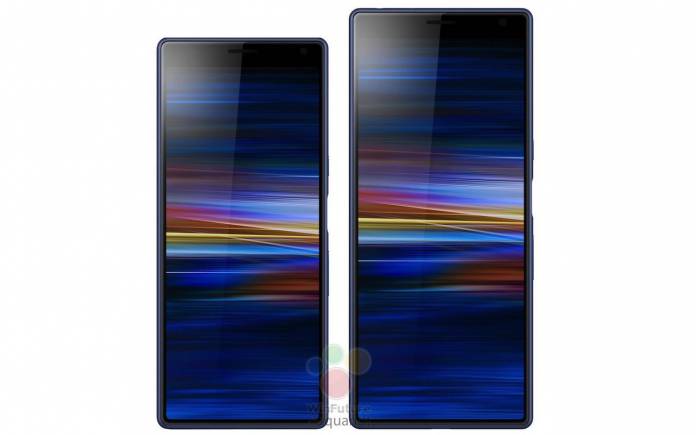 Sony is still in the mobile business. We’re certain of that but we can’t say exactly if it’s doing good. The company is doing a number of executive changes and shift in business strategies. For this quarter, we can expect the Xperia XZ4, Xperia XA3, and this Xperia XA3 Ultra. We’ve seen rendered images of the Sony Xperia XA3 and here now are photos of the Ultra variant. The smaller model will have dual rear cameras and a headphone jack so we’re assuming the larger version will also have the same features.

The Sony Xperia XA3 Plus was earlier rendered in images and a video, thanks to MySmartPrice and OnLeaks. Another set of rendered images is available, this time, from Roland Quandt and WinFuture.

The Sony Xperia XA3 Plus and Xperia XA3 look almost the same. The mid-range phones don’t seem to offer a notch. The forehead is still significant while the chin is smaller, finally.

Here's how the Sony #Xperia 'XA3' and 'XA3' Plus compare. Tons of more pics are 'ere: https://t.co/lgdbtUjs7s pic.twitter.com/oJr9XLAN31