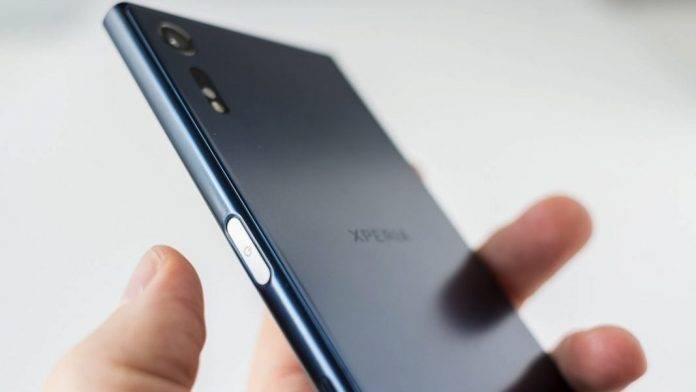 Sony is expected to release the Xperia XZ2 flagship at the Mobile World Congress 2018. We’re looking forward to this one because last year, the Xperia XZ Premium was named as the “Best New Smartphone at MWC 2017”. It may have happened because Samsung didn’t reveal the Galaxy S7 but Sony can defend its title. So far, we heard the Sony Xperia XZ2 flagship will have a 4K bezel-less screen, the latest Qualcomm Snapdragon 845 processor, and a 4K display.

The phone is arriving soon. This is according to a recent tweet by Three Ireland. The carrier said the Xperia XZ2 “will be coming soon” when asked when will the XA2 be ready in the country. The tweet has since been deleted so there may be truth to it.

Someone from the social media team may have made a mistake in letting the information out before realizing it’s out. It was a simple question given a quick answer. Here is the screenshot: 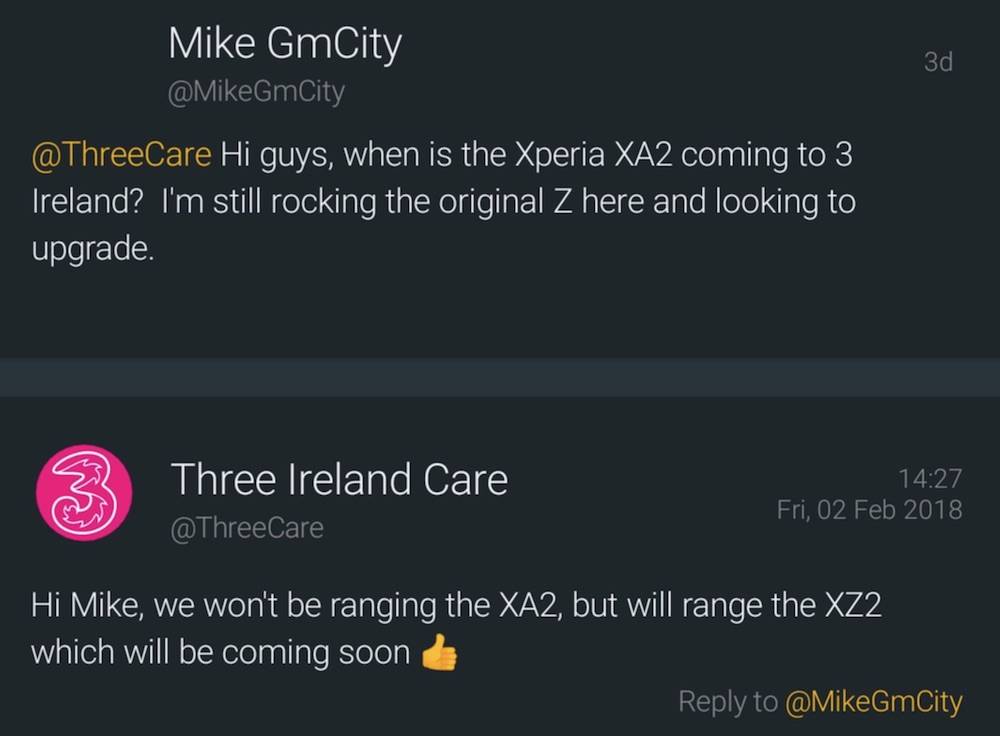 The Sony Xperia XZ2 will have the 4K resolution on an 18:9 display screen, 149 x 74 x 7.5mm dimensions, Snapdragon 835 chipset, and Android 8.0 Oreo OS out of the box as per a related leak earlier. Let’s wait and see for the official unveiling happening at the Mobile World Congress 2018 in Barcelona, Spain.