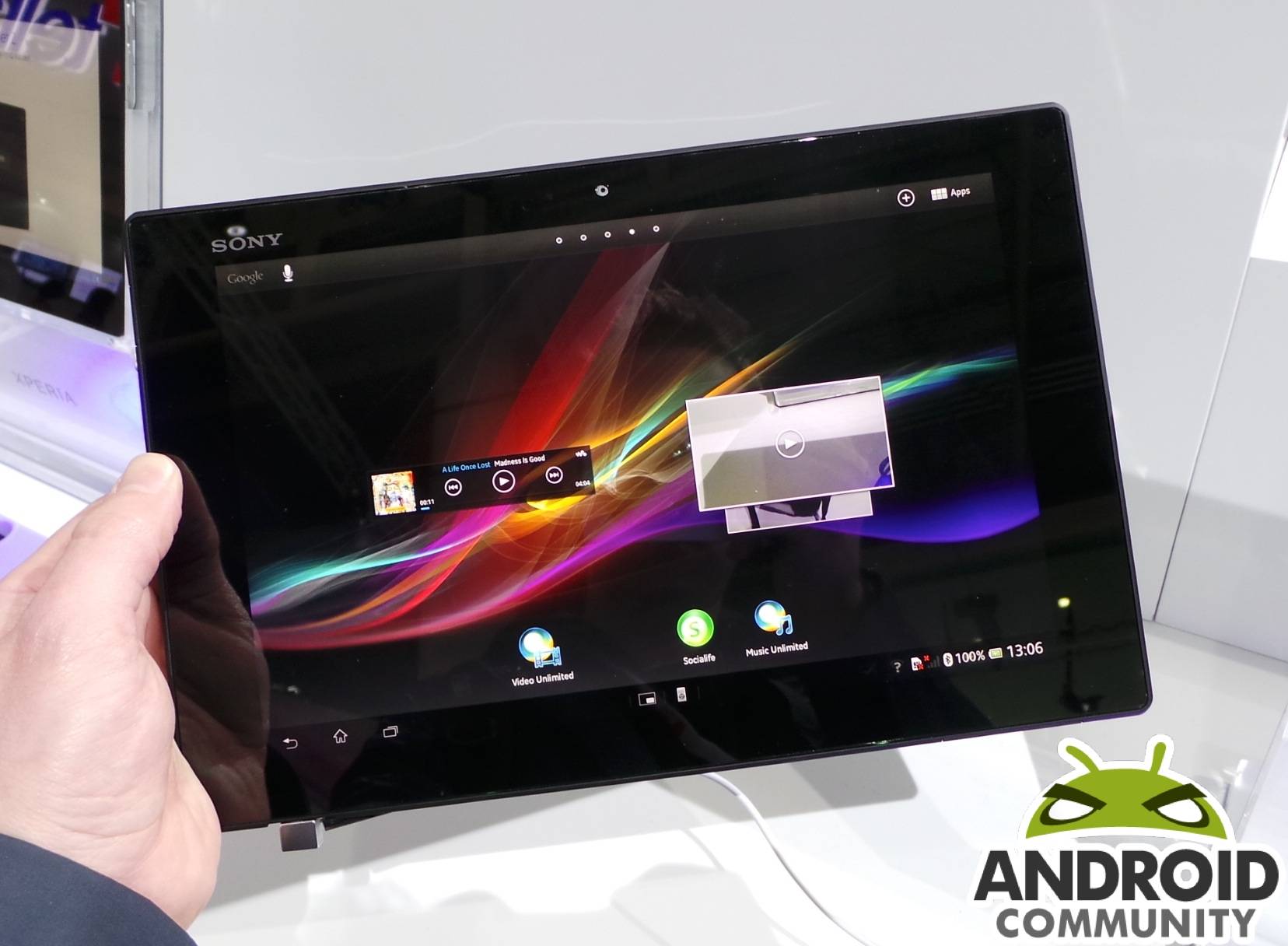 Sony is ready to take on the Android tablet market again with their new and improved Xperia Tablet Z. Claiming it’s the “world’s thinnest 10.1-inch tablet” it offers some top tier specs all in a sleek and lightweight design. Their previous tablets haven’t been too popular, but Sony hopes to shake things up with the all new Z. It’s only 6.9mm thin, has a quad-core processor, and will control your TV with ease. Read on for our full hands-on.

Everything about this tablet is unique and built of top quality materials. The design language is unique and different, the slate is IP55 certified and completely water resistant, it’s the thinnest 10-inch tablet, and only comes in at 495 grams. Sony’s certainly stepped up their game and possibly set the bar for upcoming Jelly Bean tablets — but will you buy it?

The Sony Xperia Z specs include that 10.1-inch 1920 x 1200 (yes 1200) “Realty Bravia Engine Display” that offers exceptional colors and contrast. Under the hood for power is a 1.5 GHz Snapdragon S4 Pro quad-core processor and 2GB of RAM, and it will come in 16GB ($500) and 32GB ($600) storage configurations. The display isn’t as crisp or vibrant as the iPad or Samsung’s Nexus 10, but it’s still pretty impressive all around. The video below will give you a better idea of what to expect with this sleek slate.

One important thing aside from the specs listed above, is the details with Android 4.1 Jelly Bean (and the upcoming update to 4.2) as well as the IR blaster. Using InfraRed you’ll be able to completely control the entire home theater from your Xperia Tablet Z. Not just Sony devices either, but anything that they’ve got populated in their remote app. They also have a widget for quick TV controls while browsing the web and more. 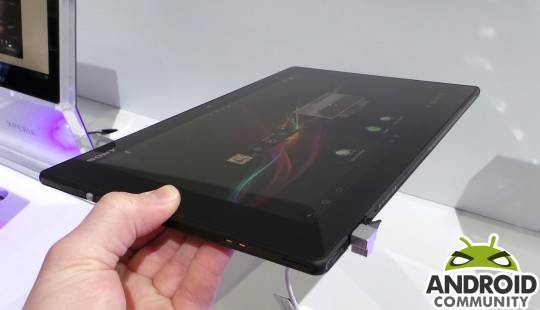 As you can see, it’s extremely thin and rather lightweight in the hand. Sony’s done a great job making it feel more durable than previous Sony tablets without having that cheap feeling. Then as the video above mentioned we have HDMI-out, MHL, NFC capabilities, and of course a decent camera on back for those random photo moments too.

Again the Xperia Z will be available in Q2 of this year starting at $499 for the 16GB WiFi model, then they’ll also offer 32GB and an HSPA+ variant. It will be PlayStation certified, and should work wonderfully with their RemotePlay app for streaming PS4 games. We’ll give it a thorough rundown in a full review once it arrives later this year. Who’s interested?