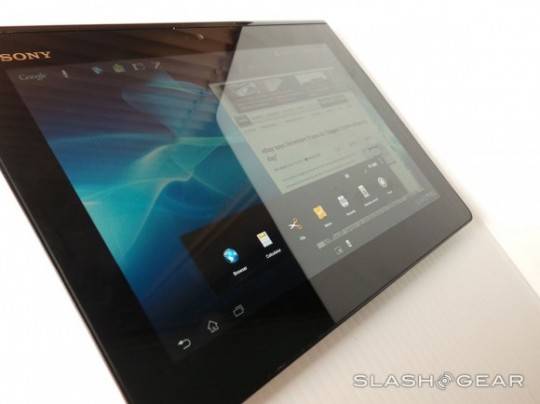 We had been expecting Sony to begin offering the Xperia Tablet S Jelly Bean update as of today. In fact, Sony shared the news in their community forums yesterday afternoon. That Jelly Bean update has indeed begun rolling out, but perhaps even nicer, Sony has since come back with a detailed changelog.

The update is arriving as Android 4.1.1 and will bring the regular array of Jelly Bean specific features along with one other new feature and a handful of updates for other apps. Just to offer a quick recap from what we saw yesterday, this Jelly Bean update will be available for those in the United States as well as Canada and Latin America.

We suspect many are already familiar with the Jelly Bean specifics, so lets dive into the Sony specifics here. The changelog notes the new feature as being the TV SideView application. Granted, this is more a new app than a new feature per say, but what the TV SideView app will do is allow control select Sony devices. Those updated apps include the WALKMAN Album and Movies app which now supports the DLNA controller function.

There is also an update for the Movies and Album apps as well as the Scrapbook app. The Scrapbook update adds a Map clipping feature and a Clip widget. The few remaining items include an updated on-screen keyboard, bookmark support in the browser and an updated interface for the Camera app. Of course, those Jelly Bean specifics include Google Now and the improved and actionable notifications.