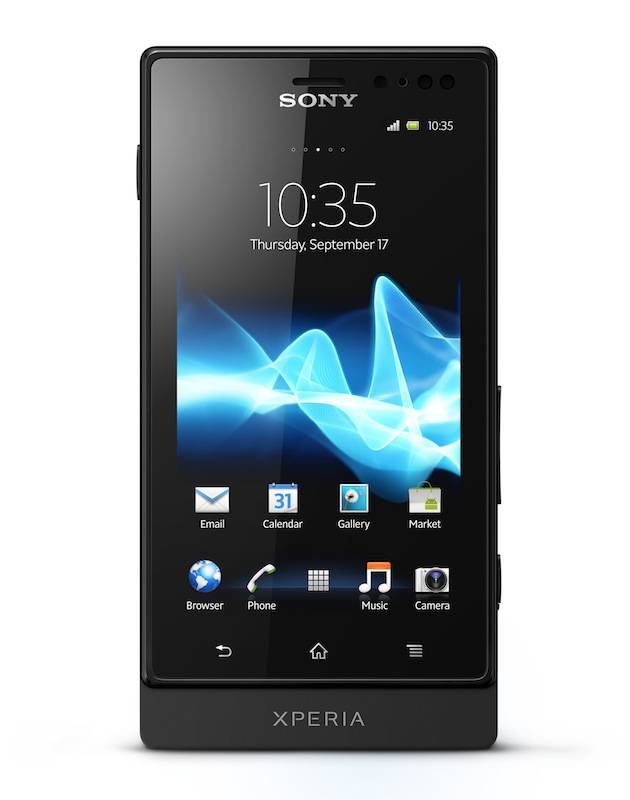 That “Pepper” handset we saw yesterday didn’t stay obscure for very long. Sony has just announced the Xperia sola (keeping its maddening trend of strange capitalization going strong) for launch in the second quarter of 2012 in Europe. Other territories will follow, presumably including Japan and (eventually) the US. The Sola fits in between the Xperia U and Xperia P announced at Mobile World Congress earlier this month, adding in premium features including camera gestures and NFC tags.

The specs on the sola are decidedly mid-range, starting with a 3.7-inch 854×480 LCD screen with Sony’s proprietary Reality Display technology. The processor is a NovaThor U8500 1Ghz dual-core – not the fastest around, but certainly respectable, even when paired with only 512MB of RAM. a 5MP rear camera is capable of 720p recording, though 8GB of internal memory will fill up fast if you’re a would-be filmmaker. Disappointingly, the Xperia sola uses Gingerbread, though Sony has promised an Ice Cream Sandwich update sometime in the summer. Three capacitive buttons should make that an interesting proposition from a UI standpoint.

Sony is highlighting two features on the Xperia sola that distinguish it from other smartphones, if not other Sony models. The first is “floating touch”, a UI enhancement that uses the front-facing camera to allow you to make taps and selections without touching the phone’s screen. Presumably this is done with close-range spatial awareness and some on-board software, in a sort of shrunken-down Kinect interface. The feature is only being used for basic cursor-style navigation at launch, but Sony says that it’ll add third party support (probably with a public API) at some point. NFC smart tags, as on the Xperia S, also make an appearance.

Sony claims up to 6 hours of talk time, 6 hours of video or 40 hours of music playback on the sola, which is currently being marketed to HSPA+ areas only. We look forward to a wider release with anticipation.