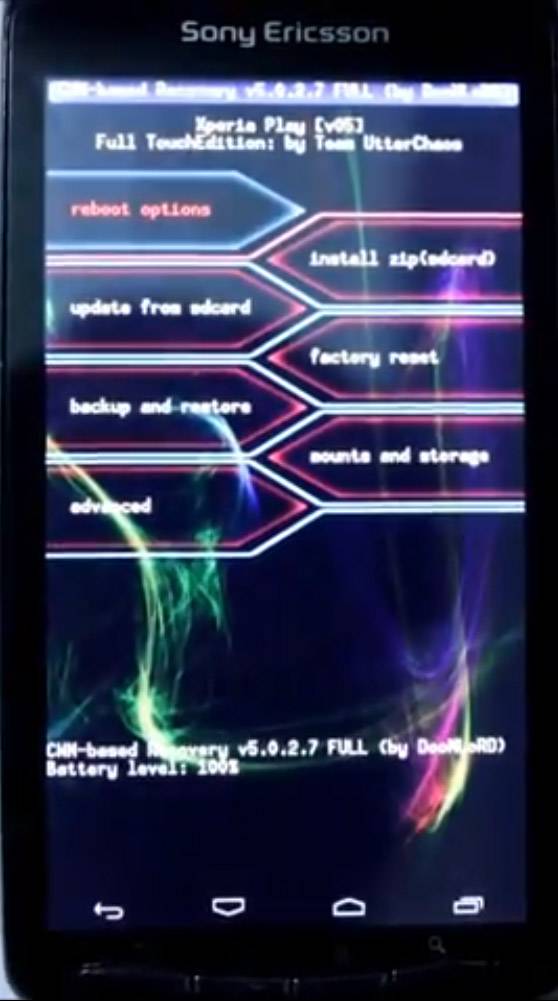 Sony’s flagship has been available to international users for a few weeks now, but no Android superphone is complete without a port of the most popular custom ROM out there, CyanogenMod. The Xperia S now has CM9 (Ice Cream Sandwich) and ClockworkMod recovery courtesy of the clever devs over at XDA. If you’re feeling adventurous and you know your way around a bootloader, give both of them a try.

A couple of caveats: neither of these mods are official versions from their creators. They’re modified from the original version in a process called “kanging”. The recovery created by XDA user DoomLoRD (never change, guys) is particularly noteworthy, since it’s got a radically altered user interface. That said, initial feedback on both projects is promising, and all the essential functions of the phone are working in both the “DooMRecovery” and the CyanogenMod 9 port.

Check out the crazy customization in the recovery below:

The Ice Cream Sandwich port is missing just a few features: HDMI-out, the native FM radio and ANT+ for GPS tracking. Everything else seems to be working well on the GSM Xperia S. The ROM itself needs a few extra steps including flashing a new kernel, so you’ll need to get down and dirty with a PC or Mac command line if you haven’t rooted already. This is all still a work in progress, so if you’re worried about bricking your shiny new Xperia S, you might want to wait for more official versions of CyanogenMod and Clockwork Recovery.