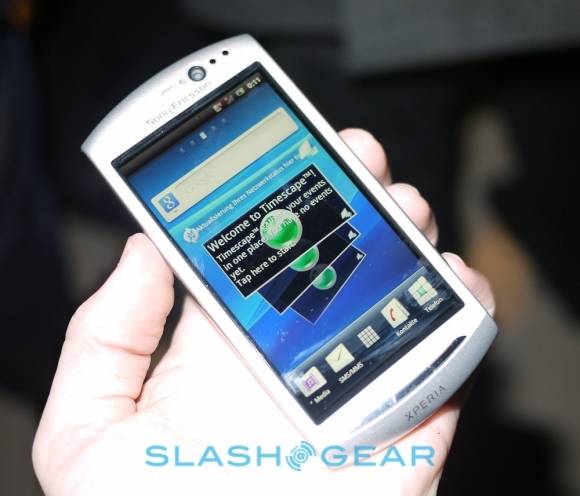 With all the buzz going to it’s more “playful” brother, the Xperia Neo has kinda gotten lost in the shadows. But now it seems it’s bursting back out in it’s own light come April 19th. That’s the day that Sony Ericcson will launch the Neo in Europe with a price of £299 + VAT.

Though the Xperia Play is getting all the hype, the Neo has it’s own great features including Sony’s Exmore R screen with Reality display and Mobile Bravia engine. And although the screen is smaller, it’s displays images and video quite nicely. And with an 8MP rear facing camera, the Neo represents a solid alternative to carrying a point and shoot with you. But the downside is, it feels a bit cheap with it’s plastic casing. And it’s got more girth than we’d like in a mobile handset as well.

And for that £299 price tag, you’d want something a bit more robust, but at least more sleek in design, like it’s Xperia brethren. Still, it’s running Gingerbread out of the box. So it can’t be all bad. Check out Slash Gear’s hands on of the Neo here.