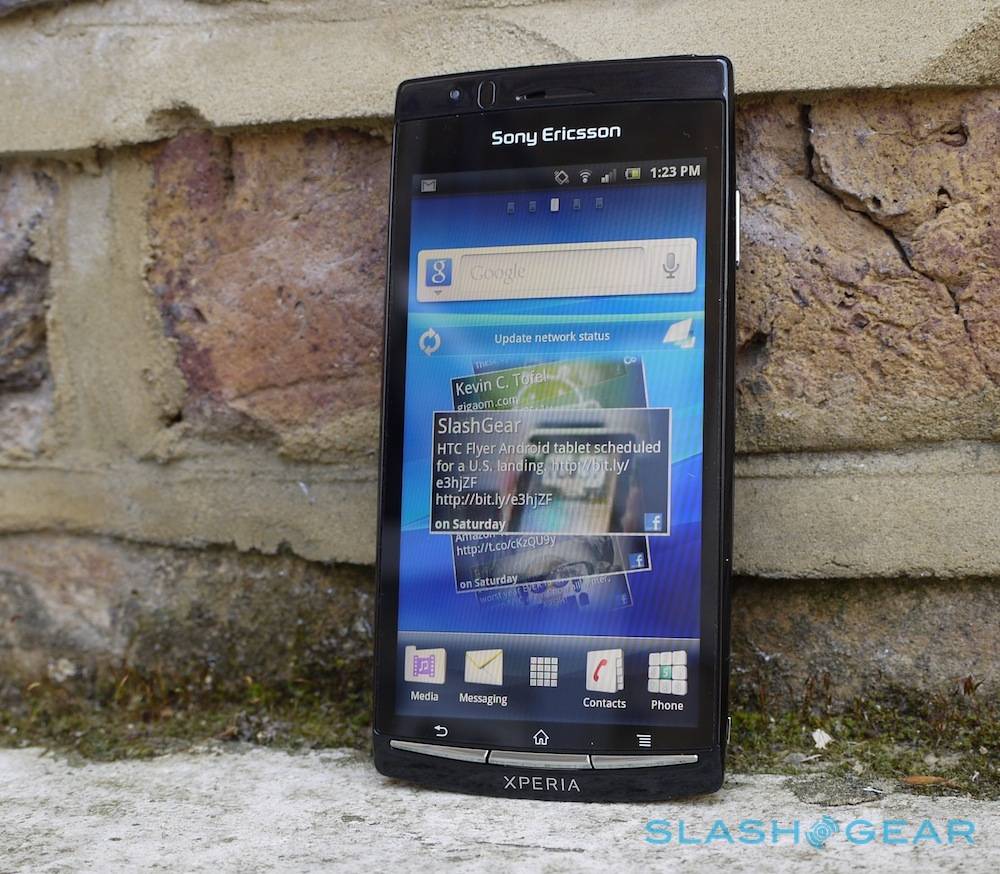 For now no carriers in the U.S. are carrying the Sony Xperia Arc smartphone with those thin curves but it can be your right now. Sony is now selling the Flagship Xperia Arc in the online store for the low low price of just $599. The unlocked quad-band 3G handset just hit Sony’s store and it will ship starting tomorrow July 8th according to the site.

The Xperia Arc is no slouch and is a pretty stellar device. You can see our sister site SlashGear full review. It has a 4.2″ display with the Sony Bravia engine, Android 2.3 Gingerbread, 512mb ram, Qualcomm’s 1GHz MSM8255 processor and more to keep things moving quick.

We will see this device picked up by U.S. carriers sometime soon most likely but for those that can’t wait just head over to the Sony store and grab it early. Like we mentioned they are offering it for $599 and that isn’t exactly cheap but then your not signing a new contract with anyone and it being a quad-band 3G phone, you can use it on whatever carrier your heart desires.