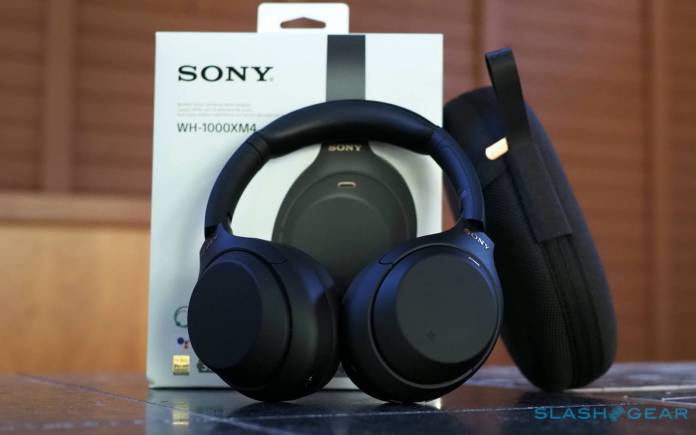 While truly wireless earbuds seem to still be the rage, there are those that prefer the comfort and quality of wireless headphones as they listen to music, podcasts, or watch videos with the headphones on. Sony has announced the WH-1000XM4, an upgraded version of the previously released WH-1000XM3. This time around, you get improved Active Noise Cancellation as well as some new, usability features. On the surface, the two headphones look the same, but as with a lot of things, it’s the inside that counts.

The new WH-1000XM4 comes with Sony’s QN1 Noise-Canceling Processor plus a new Bluetooth Audio SoC. This means it can recognize the changes in what you’re listening to and the ambient noise at more than 700 times per second. This leads to real-time noise cancellation with a new algorithm. It also has the Edge-AI DSEE Extremest DSP to have something fill in the gaps in your music because of the file compression.

In terms of usability, it still has the Quick Attention mode where you just put your hand over the right ear cup and it will reduce the ANC by lowering the volume of what you’re listening to and lets you hear ambient noise. The headphones has five microphones that work with Precise Voice Pickup technology so it can give you better call-in sound. There’s a new proximity sensor as well in the left ear cup and a pair of accelerometers.

But one of the new things that comes with these headphones is Speak-to-Chat. When you start talking, it will recognize your voice and pause playback on what you’re listening to. But if you don’t speak after 30 seconds, it will start playing again. The mics in the headphones also help ensure that pausing during Speak-to-Chat is only when you speak and not when it hears people speak around you.

The Sony WH-1000XM4 also comes with multiple device pairing so you can have two Bluetooth devices simultaneously. The touchpad on the right ear cup will let you switch between devices easily while a long tap will trigger your default digital voice assistant. It’s already up for pre-order and will ship by the middle of this month. You’ll have to shell out $349.99 to get these wireless headphones.