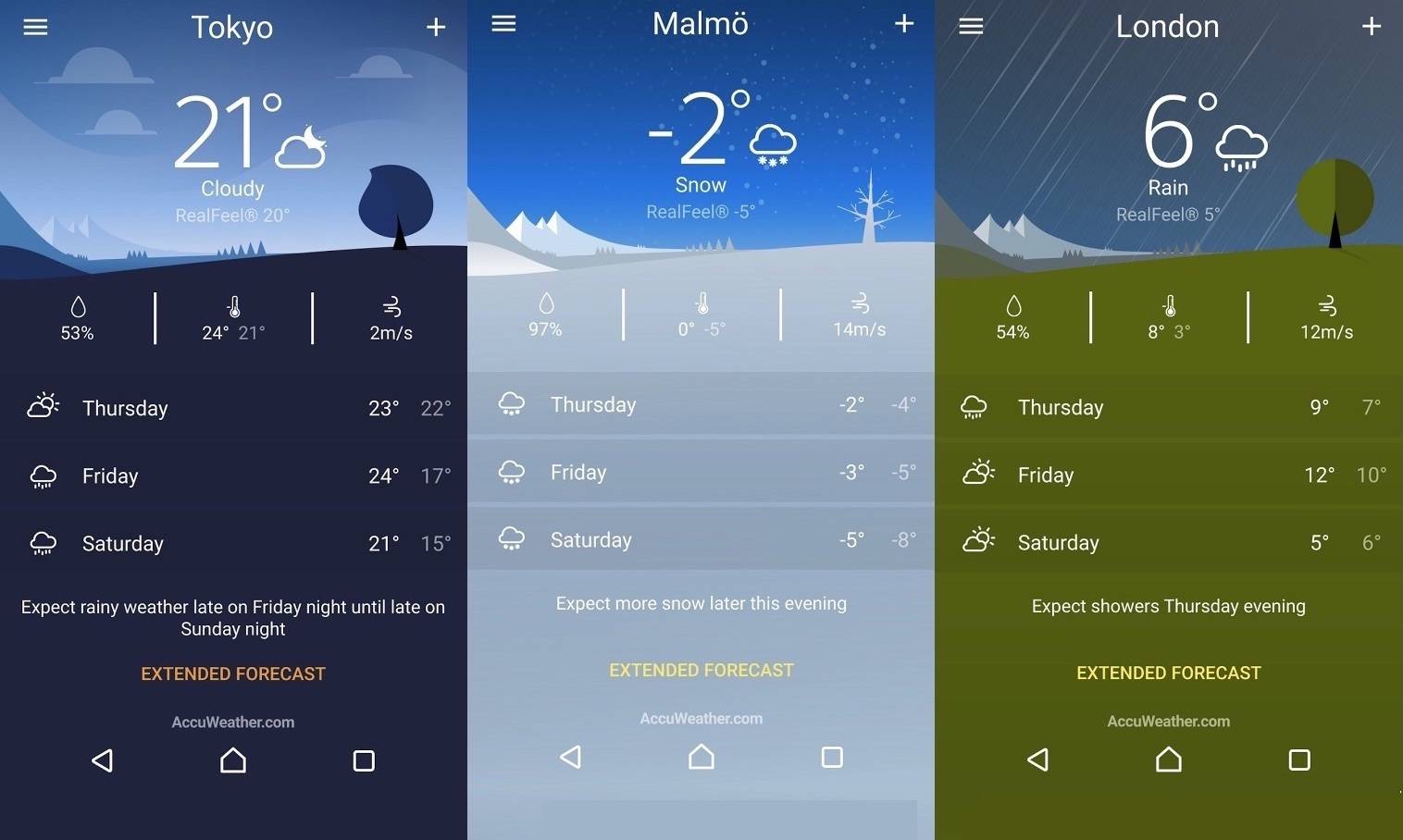 Exactly one month ago, Sony said it would be releasing the official Calendar and Weather apps for Xperia devices. The day has come, at least, for the Weather app is now out of beta which means it’s ready for download from the Play Store. Officially developed by Sony Mobile Communications, Weather app is the perfect resource for Xperia phone owners.

This productivity app allows anyone to check wind formation, humidity, wind, high and low temperature for current location, and temperature. You can also easily set up different locations for quicker access in the future. App also works as a widget that shows multiple weather locations with Celsius & Fahrenheit information. With the app, you can always view the weather forecast for the next three (3) days.

Sony’s calling the app simply as ‘Weather’  may not be as creative but the app really is simple. It only works exclusively for Xperia devices. Just like most weather apps we’ve tried, this one also shows background images with animation that change depending on the real weather condition outside.

The Weather app for Xperia may already be listed on the Play Store but the beta program will still be available. The channel will have the latest builds for the app released there first before Google makes the official release. As usual, the app update also includes bug fixes, enhanced accessibility support, and and forecast layout changes.

Download Weather from the Google Play Store. Exlusive for Sony Xperia devices only.