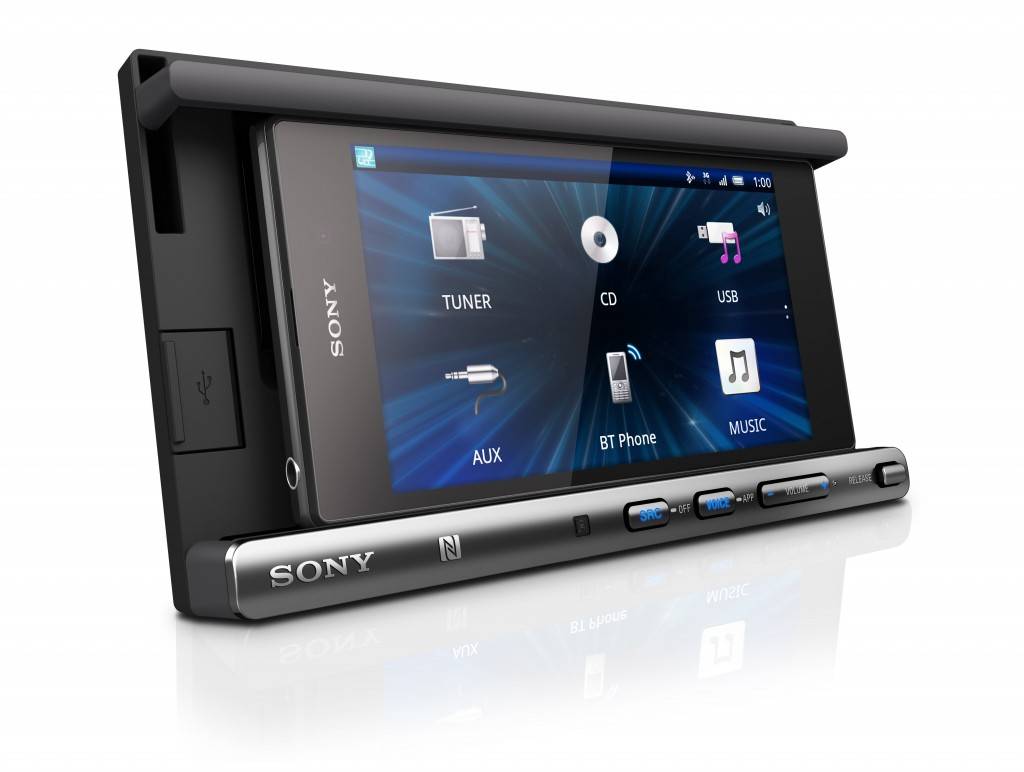 Those who would love to bring their smartphone media experience right into their cars are in for a treat this CES 2014. Sony has just unveiled a few new devices that will integrate your smartphone into your car, ranging from CD receivers to AV receivers to a brand new smartphone cradle receiver.

Totally new to this roster is the XSP-N1BT, what Sony claims as the first ever Smartphone Cradle Receiver. Thanks to App Remote, the cradle transforms the docked smartphone into a complete media controller, utilizing either touch or voice commands. Although smartphones normally connect via Bluetooth, or USB for iPhones, the IR remote allows smartphones to transmit commands to the receiver even from a distance. The cradle receiver is able to clamp down a wide range of smartphones but the wireless charging feature is only available for the Sony Xperia Z1 and the newly unveiled Xperia Z1S.

Sony is also showing off a number of CD receivers with integrated Bluetooth and NFC, including the MEX-N5000BT and the MEX-GS610BT pictured below. NFC allows for easy pairing with devices that sport the necessary hardware. Integration with App Remote allows both the smartphone and the receiver to control or send notifications and data to one another, enabling two-way communication and control. The MEX-N5000BT also features an external microphone while the MEX-GS610BT has dual USB ports.

Finally, Sony has also unveiled a new A/V receiver series, which includes the XAV-712HD shown below. This ultra-premium AV receiver features a wide range of connectivity options to mirror smartphone displays and stream media, including MirrorLink. Bluetooth, HDMI and MHL ports. Once again, App Remote support is also present to give you the convenience of controlling your phone from the receiver or the other way around. 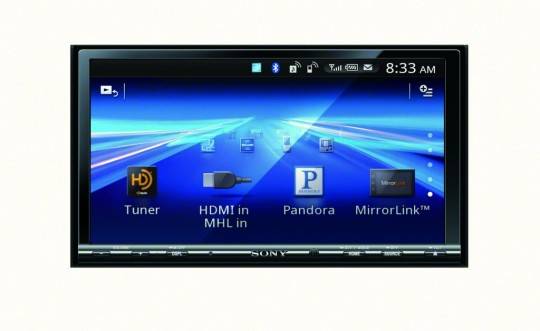 These receivers might cost you a bit and you’ll have to wait for a while before being able to grab them from Sony’s online store and authorized dealers in the US. The XSP-N1BT smartphone cradle receiver will cost $250 and will be available starting May. The MEX-N5000BT CD receiver will sell for $129 around March while the MEX-GS610BT will be a bit more expensive at $179, starting later in April. The XAV-712HD, however, will soon be available before the month is over but will fetch the highest price at $749.99.