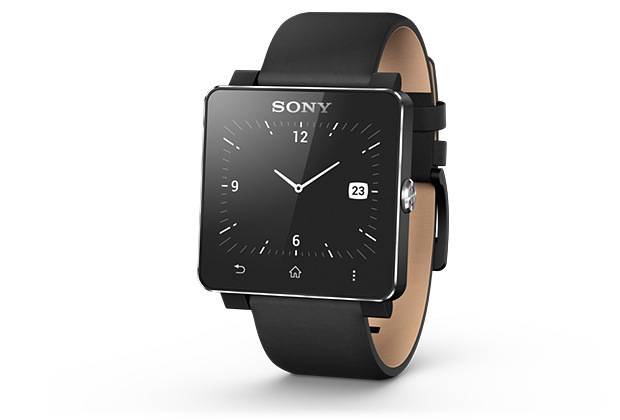 Sony has unveiled its latest Android timepiece, the Sony SmartWatch 2 SW2, a 1.6-inch touchscreen accessory to your smartphone or tablet. Pulling caller ID, messages, Facebook and Twitter notifications, music information and control, and more to your wrist, the SmartWatch 2 pairs via Bluetooth with NFC thrown in to make that straightforward.

Up front, there’s a 1.6-inch, 220 x 176 resolution touchscreen, with a brightness sensor to automatically adjust the backlighting depending on whether you’re using it inside or out. The plastic shell of the old models has been replaced with stainless steel and aluminum.

In fact, the SmartWatch 2 now meets IP57 standards for water and dust resistance, making for a far more rugged design. There’s a stainless steel strap in the box, but it’s compatible with any 24mm third-party strap, in case you’d rather dress it up with leather or rubber.

A little oddly, Sony has opted for Bluetooth 3.0 rather than Bluetooth 4.0, despite the newer standard’s benefits in power frugality. Still, the company estimates around four days of average use from a full charge.

Although it’s being launched alongside the Sony Xperia Z Ultra, the SmartWatch 2 should actually work with any Android 4.0+ device around. It’ll also run Sony smartwatch apps from the Play store, of which the company says there are now more than 200 to choose from.

If you’re not connected, it’ll operate as a standalone watch, with alarm functionality and the ability to scroll through old notifications. No word on pricing at this stage, but expect the wearable to hit shelves in Q3 2013.