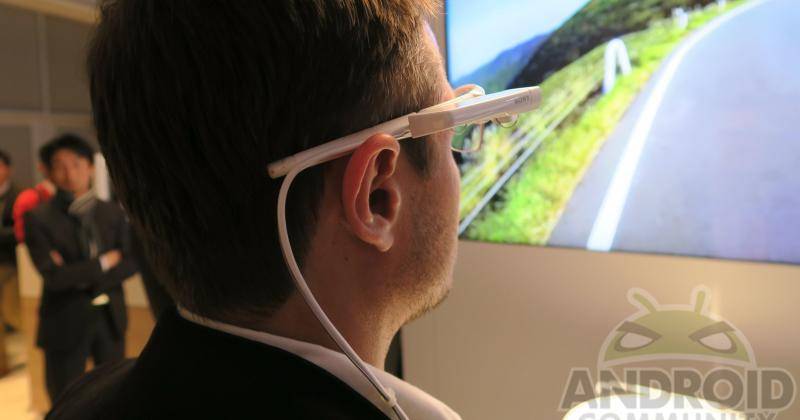 Google Glass and a whole bunch of other attempts at smart glasses, despite differences in implementation and concept, have one thing in common. They all require you to accept the vision of their designers, instead of being able to show off your own personal flair. Not so with Sony‘s second iteration of its SmartEyeglass device, called the SmartEyeglass Attach!. As the name implies, it was designed to attach to any kind of eyewear, glasses, goggles, or whatnot, instead of arriving welded unto someone else glasses.

At least that’s the theory. In practice, the independent heads-up display unit still only attaches to some of Sony’s own glasses. But that’s ok for now, as these are still developer edition models. The promise is still there and Sony better be prepared to deliver on that promise, presuming smart glasses are still a thing by then.

The unit comes in two pieces, a display arm that weighs 22 g and a secondary arm that weighs 18 g, for a total of 40 g added to your eyewear of choice. The device runs on an unnamed ARM Cortex-A7 processor and the whole setup is powered by a 400 mAh battery. While the exact performance of that battery life will still be tested in the wild, it is pretty much on par with some of the Android Wear smartwatches in the market today. That said, battery life was one of the biggest sore points in Google Glass, so Sony better tread careful in this area.

The hi-res OLED microdisplay, Sony’s own design, sits on the top right corner of the eye, pretty much like Glass as well. Use cases for this eyewear will likewise initially be the same, though it will largely depend on developer interest. Sony’s first and geekier looking eyeglasses were met with rather lukewarm reception. This more fashionable and more generic module can perhaps drum up more interest. Sony has not yet hinted when it plans to produce and launch a consumer grade version.