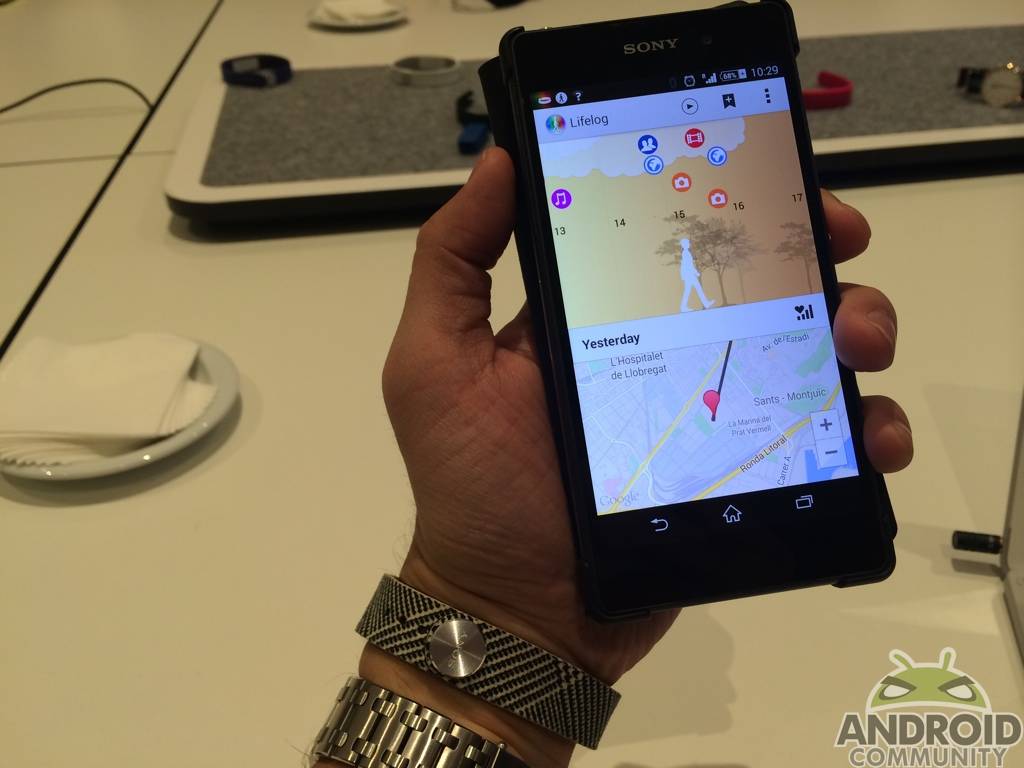 We saw a preview of the Sony wearables back in January, during CES. And nicely, Sony was prepared to offer a bit more this time around. Coming out of MWC 2014, there was some hands-on time with the Sony SmartBand SWR10. This is a Bluetooth dongle at the moment, and will be paired with the Smart Lifelog Camera companion setup.

The band itself doesn’t appear all that spectacular. At first glance it just looks like some of the other trackers we’ve been seeing. But there is a bit more going on here. To begin with, the band is not going to be the only option for the wearable. It seems Sony has put some thought in here, and maybe even realized that some people already wear watch, and may not want to wear something else on their wrist. 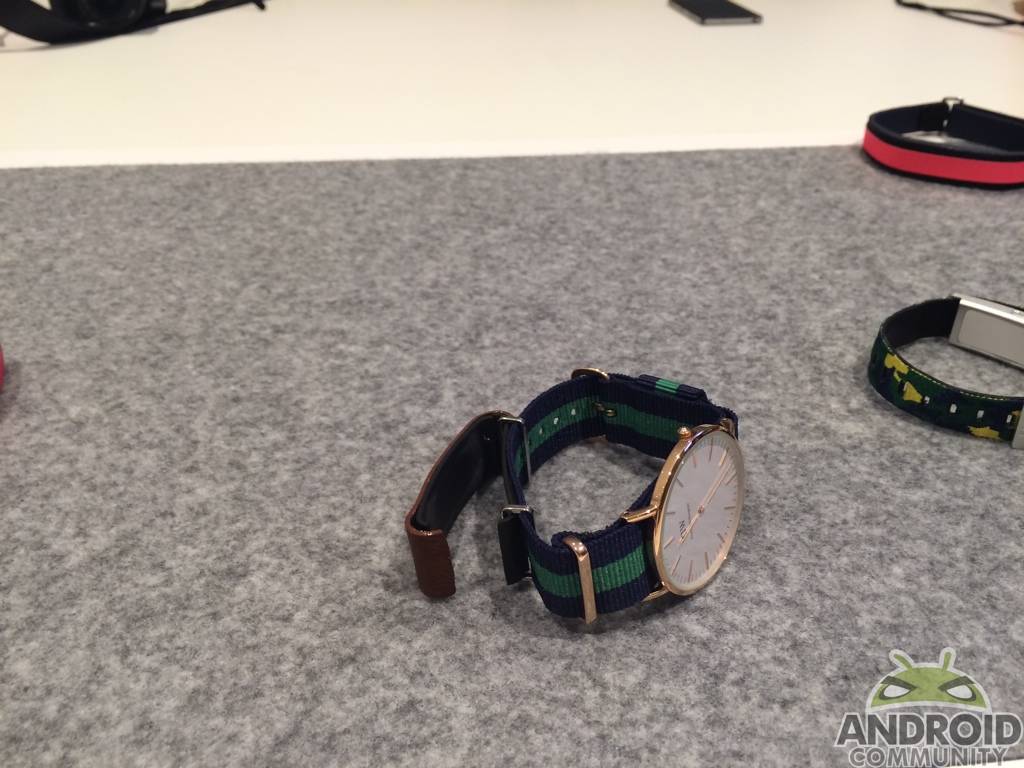 For that, Sony will have an option that attaches to a regular watchband (as above). Regardless though, the technology itself does some familiar monitoring. Sony has mentioned how it will be able to keep track of your steps throughout the day, as well as monitor your sleep. This will also pair with a smartphone app for a bit more including GPS tracking.

Some of the other features will include music controls, and being able to take a picture remotely, using your smartphone. As for the gear, Sony has said it will be waterproof (IP58) so users will not have to worry about getting caught in the rain. Plus, it will be just fine for those taking a shower, or looking to take a dip in the pool.

Sony will have this connecting over Bluetooth LE, and with the initial pairing over NFC. Bottom line here, it looks like Sony is taking the fitness wearable trend, and extending it out a bit further. In this case, that further has convenience, as well as a side of life tracking.