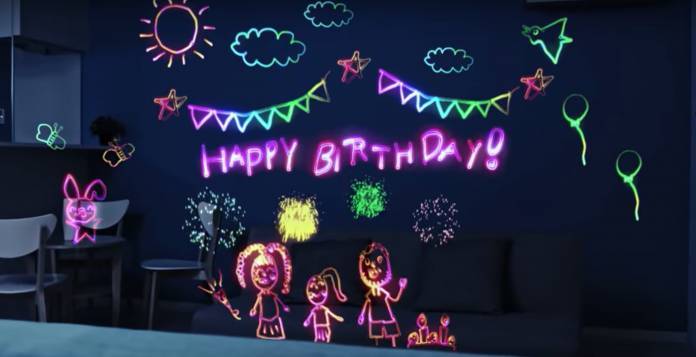 The previous rumor that Sony is developing a laser-based 3D camera is apparently now confirmed as the Japanese tech company released a promotional video highlighting this technology. The little over 2 minute video showcases what their DepthSense 3D camera will be able to do if adapted to the smartphone. However, strangely enough, the video didn’t promote any specific Xperia smartphone (or even future smartphone) so this may still be something they’re working on and probably is not yet ready for commercial distribution.

Their DepthSense camera makes use of the ToF (time of flight) technology which is more accurate than the structured light tech that is currently being used. ToF uses laser pulses and also measures the time it takes for the lasers to bounce back making it more accurate as compared to the other technology currently being used in some of the 3D cameras.

The uses of this DepthSense camera as shown on the video is pretty interesting. You can use it for messaging by drawing on the areas seen on the camera, like for birthday greetings and such. Another fun way would be to use it for augmented reality or AR gaming so you can play on your phone but with your friends in real life. You can also use it for shopping and even as simple as making photos more interesting.

However, the video doesn’t actually show which of the Xperia smartphones will be sporting this new 3D camera. So it can be they’re still in early stages of the development of the actual smartphones so they didn’t want to name it yet. Also, the quality of the video is still a bit amateurish so this may just be a teaser of things to come. It’s interesting enough for us to look forward to more announcements soon.