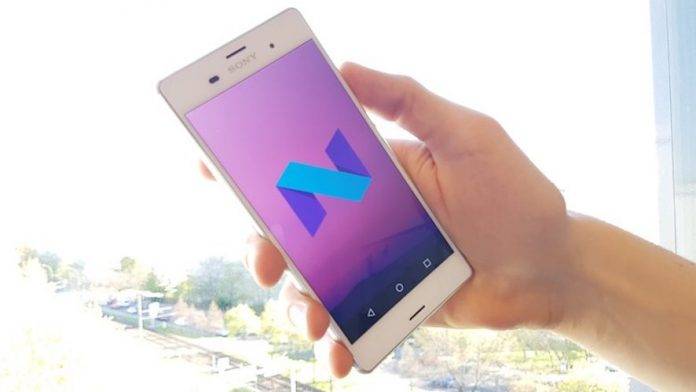 If you’re a Sony mobile device owner and wondering what are your OEM’s plans for the next major update, wonder no more. Sony Slovakia held a press conference and shared what will most likely be the Android Nougat roadmap for the company moving forward. They have also opened for registration the beta version for those early adopter Xperia X Performance users that want to experience Android 7.0 before it’s officially released for all the compatible Sony devices. Just don’t hold your breath just yet as well all know roadmaps rarely follow the schedule.

It may have been only in Slovakia that the roadmap was presented, but we’re assuming that this may also apply to the rest of the regions where Sony devices are available. The first devices that will be Nougat-ed will be the Xperia XZ and the X Performance and this will be happening next month in October. Up next would be the Xperia X and X Compact, which will expect their updates by November.

By the end of the year, the 2015 Xperia Z series, which includes the Xperia Z5 family, the Xperia Z3+, and the Xperia Z4 tablet. By early 2017, which can be anytime from January to March, the Xperia XA and XA Ultra should expect to be updated to Nougat. As for the other devices not mentioned, they will probably not be updated to the latest version, unless Sony announces something later on.

Meanwhile, the Xperia Beta Program for Xperia X Performance users is now open for registration. Selected users will be notified of their eligibility for the beta program through the Xperia Lounge app. Only those living in the Nordics, Lithuania, Estonia, Latvia, Iceland, Italy, Spain, Portugal and Netherlands will be able to try out the pre-release version of Android 7.0 Nougat and give feedback to Sony on things they can improve.