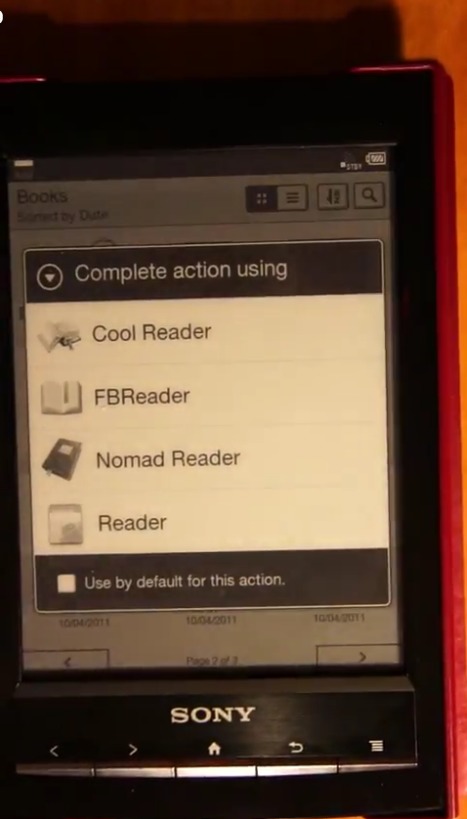 Like the Nook, Nook Color and Nook Touch before it, yet another Android-based e-reader has fallen to the combined forces of tenacity and free time. Sony’s PRS-T1 came out just last month, and now a YouTube video points to a rooted or at least unlocked build in the wild. Details and instructions aren’t available, but rest assured they’ll make their way onto the various hack-friendly forums out there.

Sony’s e-reader line hasn’t reached the lofty heights of the Barnes and Noble Nook or Amazon Kindle just yet, but it’s got its fair share of fans. The video shows one running Android with full access to a launcher (in this case ADW) and the 6-inch device’s touchscreen and face buttons make for a pretty good replication of the standard Android interface despite the slow black-and-white screen. The video’s creator takes great care to note that not everything works, including everyone’s favorite avian abuse simulator Angry Birds.

If you’re interested in picking up a Reader PRS-T1 as a hacking platform for yourself, it’s currently going for about $150 at retail. Between this, the various Nook flavors, the upcoming Amazon Kindle Fire and the just-released HP Touchpad version of CyanogenMod 7, the community of Android modders has never had more options for cheap, hack-friendly tablets. We’ll be updating you with an install method just as soon as we can track one down.