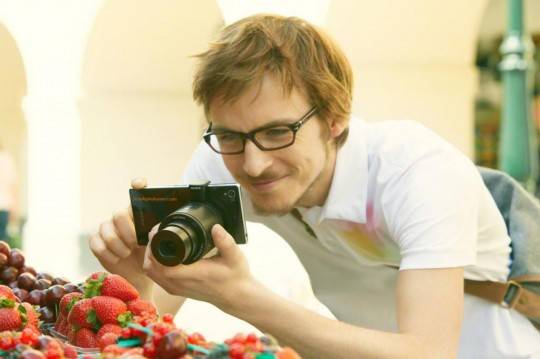 We recently saw the press release leak for the Sony Zperia Z1 (Honami) smartphone. That leak confirmed the specs for the handset and it looks like another Sony press release has leaked. This other is for the QX10 and QX100 “Lens-Style Cameras” and has come by way of Sony Alpha Rumors. That being said, we now have details to include the specs and pricing as well as a rough timeframe for release.

Both the QX10 and QX100 are devices that are designed to work with your smartphone or tablet. These are described as being able to merge the “creative power of a premium compact camera with the convenience and connectivity of today’s smartphones.” They connect to your device using WiFi and are able to shoot what Sony is describing as “high-quality images and full HD videos.” It was also said that these images and videos will be able to “rival a premium compact camera.”

The QX10 and QX100 will both use the display on the smartphone (or tablet) as a real-time viewfinder. The display will also be used to release the shutter, start/stop the video recording, adjust the settings and more. These will be compatible with the Sony Play Memories mobile app which is available for Android and they can also be paired using NFC. Sony has said the images will be saved on the phone (or tablet) and the camera and can then be shared over social media.

Looking at the QX10 and we find a device that will have an 18.2 megapixel Exmor R CMOS sensor and 10x optical zoom Sony G Lens. This one will weigh in at less than 4 ounces with measurements of 2.5 x 2.5 x 1.3 inches. The QX10 will also have built-in Optical SteadyShot which will protect against shake. Users will also find the QX10 to have Program Auto, Intelligent Auto and Superior Auto modes.

Shifting over to the QX100 and we find a device that will have a 1.0-inch, 20.2 megapixel Exmor R CMOS sensor. Sony clarifies that this will be the identical sensor found in the Cyber-shot RX100 II camera. This one will also have a wide-aperture Carl Zeiss Vario-Sonnar T lens with 3.6x optical zoom, BIONZ image processor and dedicated control ring for “camera-like adjustment of manual focus and zoom.” In addition the QX100 will have several shooting modes to include Program Auto, Aperture Priority, Intelligent Auto and Superior Auto.