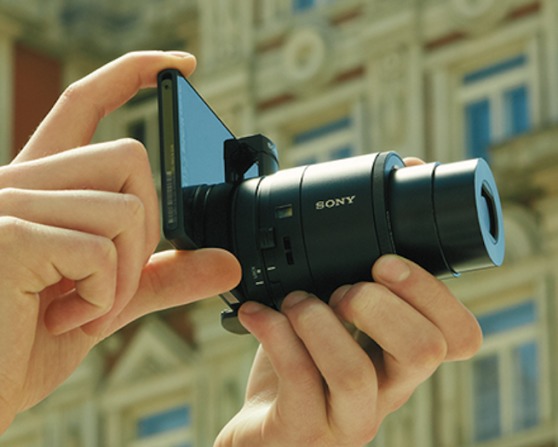 Several months ago, the web went a bit nuts about Sony’s QX lenses. Prior to launch, it seemed an improbable feat, getting a true camera lens to wirelessly work with a smartphone. Suspicion gave way to reality, and the QX lenses made their splash at MWC. While a bit jittery and slow, they were a first-run product we’d hoped would see better interaction in the future.

News today is that Sony is preparing an update to Play Memories, the app that interacts with the QX lenses. While the updates have been rolling out monthly, this could be the most important one yet. With updates to both iOS and Android, the QX lenses just got a lot more attractive.

With Play Memories, we should now have the ability to move seamlessly between viewing images and shooting with Quick View. That brings a streamlined approach to the experience, and solves a major headache many have with the device/app combo. The QX lenses should also pair quicker to an iOS device, if you happen to use one with your QX lenses.

Maybe more importantly, the lenses should be getting a firmware update soon. Arriving sometime in January 2014, the update is said to bring full HD shooting to both lenses, allowing for 1080p shooting at 30fps. The more robust QX100 is also getting shutter priority mode, meaning we now have control of the shutter speed. Sensitivity of each is also said to improve.

If you saw the initial reviews of the QX lenses, it might be time to revisit them. Many lamented the slow speeds, which had a bit to do with connectivity. That’s improved for iOS, though we hope it also brings an update to Android as well. The rest of the features also make the QX lenses one to want, and we really like the portability and ease of having what should amount to a near professional grade shooter in our pocket.
VIA: Phone Arena