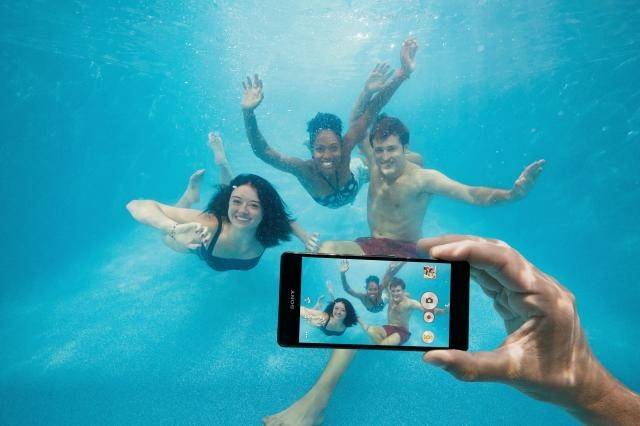 If you were planning on using your brand new Sony Xperia smartphone the next time you go scuba diving, maybe you should go and visit their Mobile support page and re-read the new policy about water and dust protection. So even though they use the term “waterproof” and they’ve been bandying about all their IP ratings, Sony is now telling its users that they shouldn’t use their devices underwater, even if the IP68 rating says you can do so.

Although the official definition of IP68 is that it is “dust tight” and protected against complete, continuous submersion in water”, Sony may be trying to protect itself from people who would bring suits against them if this waterproofing fails for some reason. The new policy reminds people “not to use the device underwater”. They explain that the ratings were achieved under laboratory conditions and that the devices were in standby mode during the testing period. So they advice people to not use the smartphone to take pictures when underwater.

Supposedly, to get the IP68 certification, your device needs to go rigorous testing, which includes immersing the smartphone in 1.5 meters for 30 minutes. Then the device is taken out and then the functions and features tested. The emphasis now is that all these are done in laboratory conditions and not in an actual swimming pool. The re-wording has actually been present since May for the Xperia Z3+ and the Z4. But when it also showed up on the new Xperia Z5, it probably means they’re serious about this now.

Now the problem is that Sony’s marketing push for the Xperia devices has always involved water and the IP certification. It may probably be warranty issues, or a rising number of cases of devices being repaired because they were taking a lot of selfies in the pool. But the important thing is that they communicate this clearly and not make false advertising and marketing promises.