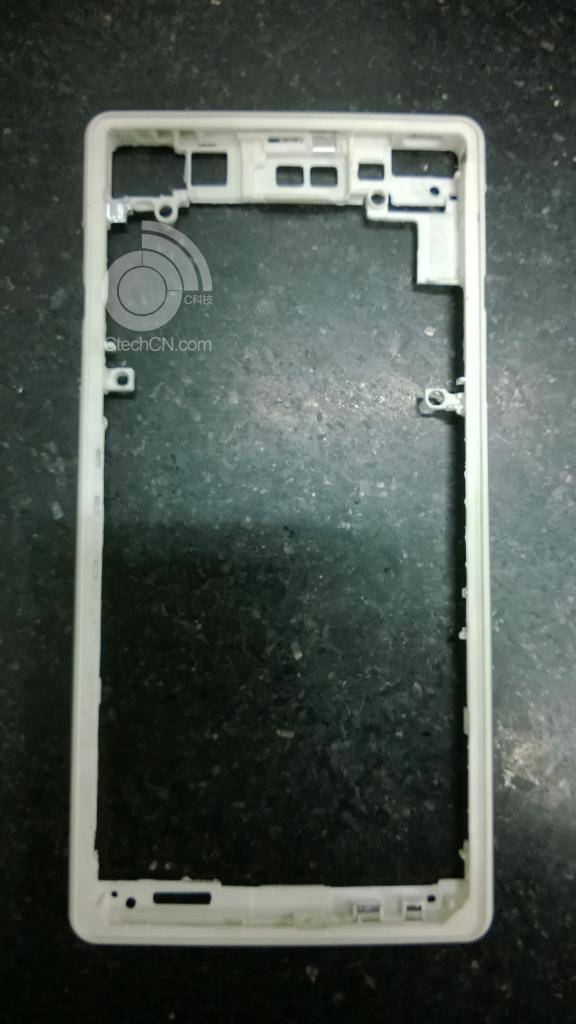 Device manufacturers might be battening down the hatches in preparation for holiday sales, but that doesn’t mean they’re not cooking up something new for next year’s early tech events. A series of leaked photos reveal that Sony is preparing a smartphone that might bear some uncanny resemblance to the Sony Xperia Z1.

It’s only natural that new smartphones, especially high-end ones, would always be compared to a company’s flagship as a point of reference. This yet unknown smartphone from Sony is no exception and it might even look somewhat similar to the company’s Xperia Z1 flagship, at least in terms of overall shape and size. Internally, however, the metal frame suggests a slight rearrangement of components, such as what may be a hole for an LED flash located beside a larger camera lens hole in contrast to those found on the Xperia Z1.

On the outside, it seems that not much has changed at all. All the usual buttons and slots are still located on the same edges and the same order. There seems to be some very slight changes to the top and bottom edges though. An additional hole can be found at the top edge opposite the headphone jack. The bottom space, on the other hand, now sports three holes for the microphone.

It seems that Sony isn’t so keen on changing what it considers a winning design, though we wonder how long it will keep this kind of look for its future devices. This is, of course, all presuming that this frame is intended for Sony’s next flagship, not not just a variant of the Xperia Z1.