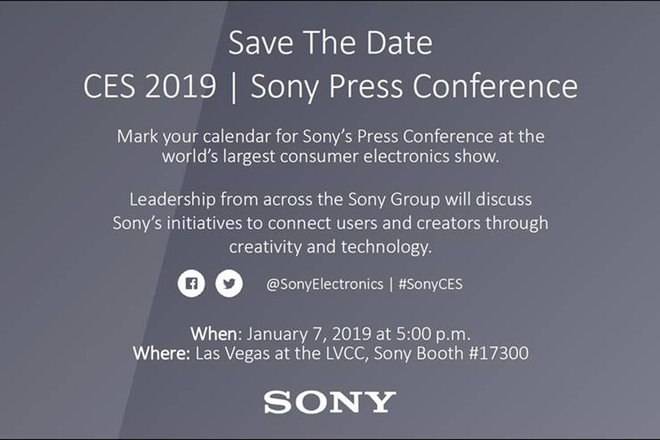 While traditionally Sony makes its major announcements for its flagship devices at the Mobile World Congress late February or early March, that doesn’t mean they don’t have anything up their sleeves for the Consumer Electronic Show happening in Las Vegas next week. In fact, they are set to make some revelations during their CES press conference which is set to happen on January 7. As to what they will be unveiling or announcing though, that is still very much up in the air.

While they’re not among the top-selling brands in the global market, what Sony plans for its mobile division is still very much of interest to the general public, or at least those who care about things like this. At the very least, what we’re expecting is for Sony to reveal what is their vision for 2019, even if there are not a lot of or any details at all about upcoming devices or products. We might even hear about their 5G plans since they’ve been talking about it a lot these past few months.

We may also actually have some specific device announcements. Remember that at CES last year, they actually unveiled several devices including the Xperia XA2, XA2 Ultra, and L2. So even if we probably won’t get a flagship reveal or even announcement, we may get some of their new entry-level and mid-tier devices. There aren’t really any clues or rumors yet as to what to expect, so at this point anything is possible.

Of course if anything changes within the next few days, we’ll tell you all about it. CES officially starts on January 9 so the next few days will be busy and hopefully exciting times for the consumer electronics industry.