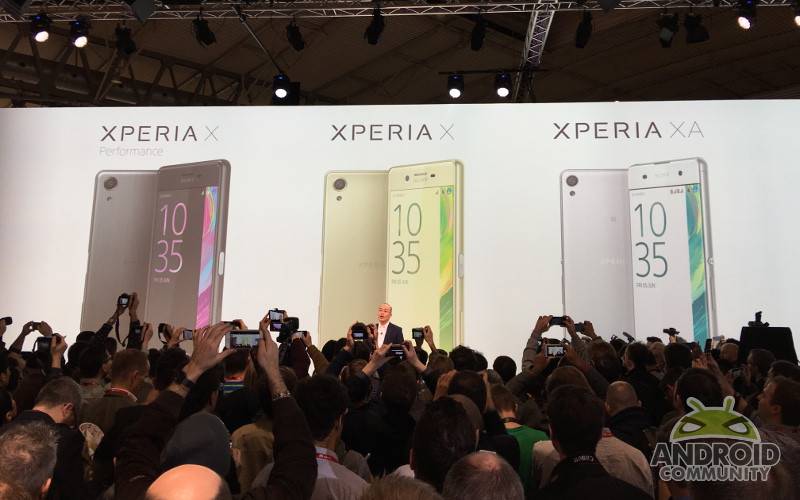 Just as we were told, there’s no Xperia Z6 from Sony introduced at the Mobile World Congress. Well, at least, not yet since the tech event in Barcelona isn’t over. We’ve been hearing that Sony is set to roll out a new line of Xperia phones but with very little clue. This week, Sony kicked off the event with a slew of major announcements including the new Xperia X phone series comprised of three smartphones: the Xperia X, Xperia, XA, and Xperia X Performance.

The Xperia X series is one of Sony Mobile’s latest venture to redefine communication. We’re not only talking about the mobile industry but also services and products that allow people to connect, interact, and do more intelligent functions. The Xperia X is designed for smarter integration especially now we’re pushing for smart home tech. Connected devices are slowly changing the way people interact with one another and around the world and the Xperia X is one of Sony’s first contributions together with the Xperia Ear, Xperia Eye, and Xperia Projector among others.

Sony Mobile’s Xperia X series boasts of an innovative design, focusing on camera and battery. Since Sony is also known for the its camera sensors and imaging technology, the Xperia X and X Performance will benefit from the brand’s own camera products and services including the Predictive Hybrid Autofocus. This one lets the mobile user to capture an action in perfect focus as “predicted” for a blur-free result.

The new Sony Xperia X phones’ batteries can last up to a maximum of two days. The phones feature a smart battery management and ultra-fast processors making them the fastest in each of their categories. Design-wise, the X phones feature a curved glass display screen, a unified design, and an edge-to-edge display. Expect these X phones to fit your hand with its ergonomic design.

Here’s a rundown of the specs of the Xperia X phones:

Each of the phone range will be available in four finishes: Rose Gold, Lime Gold, White, and Graphite Black. Different Style Covers will also be ready for the Xperia X, XA, and X Performance. As for the pricing and availability, we have no idea yet but Sony should release more related details in the coming days or weeks.