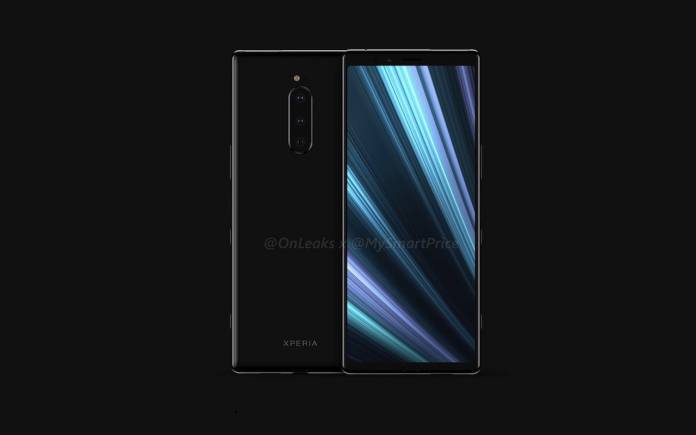 It looks like the rumors about the display of the upcoming Sony Xperia XZ4 just might be true, if we are to believe a trademark filing that the folks over at Let’s Go Digital spotted. It seems that Sony has filed for a trademark for the term “CinemaWide” and it is probably referring to the display for their upcoming smartphone. The new device is expected to be announced during the Mobile World Congress this coming February 25 and we might just see this new kind of display that they want to push.

The filing for the trademark for “CinemaWide” with the EU Intellectual Property Office has been classified under Class 9 which generally refers to tablets, smartphones, displays, apps for phones, etc. While we don’t get much information from the filing, we are assuming that it will be for the screen of the upcoming Xperia XZ4. Previous rumors have put the display at 3360 x 1440 px and a diagonal screen size of 6.5-inches.

This indicates a taller ratio display which also matches the name CinemaWide. It may refer to the 21:9 ultra wide display for smartphones that they will be pushing for in their devices, starting with the XZ4. Other rumors is that it will be powered by Snapdragon 855 and it will have 6GB of RAM and 128GB of internal storage. It will also supposedly have a triple camera with a 52MP image sensor and a 16MP telephoto camera.

The Sony Xperia XZ4 is expected to be announced during the Sony event at the MWC on February 25. If true, then we’ll find out by then if their trademark for CinemaWide was approved.