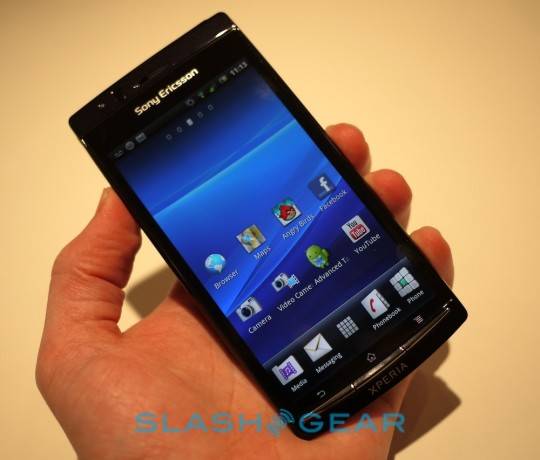 Here’s a video of the Sony Xperia Arc and Xperia Neo being taken through their thumb paces at a Press Conference in Copenhagen. Looking at the video, it’s pretty clear just how snappy the interface is in both handsets. The phones are comfortable to hold thanks to their curved in design and the menus flip by at lightning pace. The video also shows a size comparison of both cameras along side the LG Optimus X2.

What’s really cool is that according to the video post, the camera on the Xperia Neo has a continuous shooting speed of about one image per second with a 5 image burst. A nice benefit when shooting some action. I mean, you won’t be taking a shot by shot of a game winning goal from Junior or anything, but a little bit of continuous action is better than none at all.

For those of you with a Sony-Ericsson X10 and wanting to see how it works yourself, we have a few links to an Xperia System Dump from our good friends at XDA. There’s a the slick Sony-Ericsson system launcher which also gives a rather nice set of widgets including a scrollable image gallery widget. The dump also includes ringtones, apps, wallpapers and more. What a great way to breathe new life in your phone while you’re waiting for the clock to run out on that two year contract!