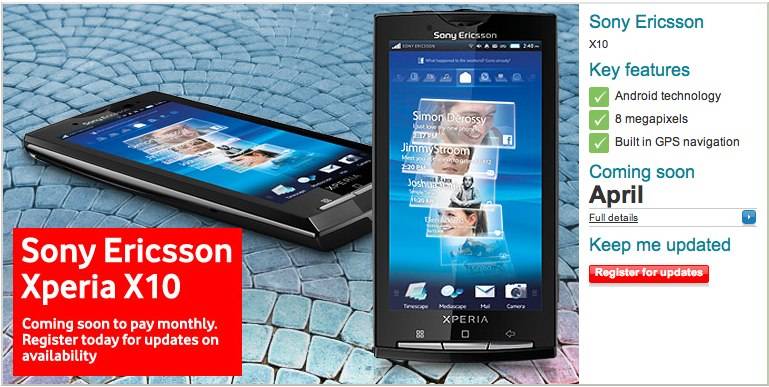 Sony Ericsson’s XPERIA X10 Android smartphone has been confirmed for a Vodafone UK launch in April 2010.  Fresh to the carrier’s “coming soon” page, the X10 will have an 8.1-megapixel camera, a 4-inch WVGA touchscreen and Sony Ericsson’s own Timescape and Mediascape apps for handling social networking and multimedia.

The company announced the handset back in November 2009 but would only commit to a European release in the first half of 2010.  Various dates were rumored yet came and went; a US launch has been suggested, but that will likely happen in the latter half of this year.

No word on pricing from Vodafone UK, but you can register for updates here.