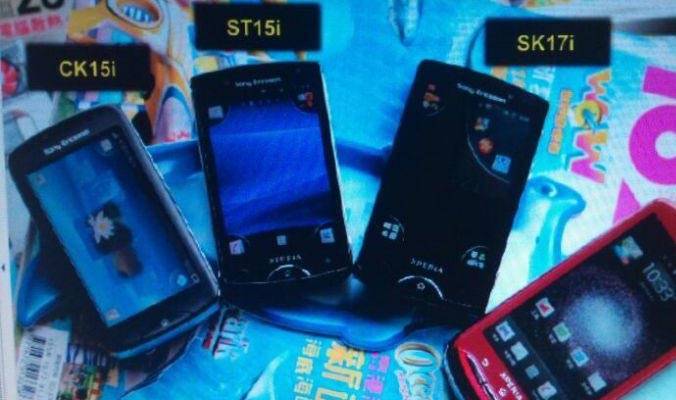 The ST18i has twin cameras – front and back – with the rear one having an LED flash. Inside is believed to be an unspecified ARM Cortex A8 processor; this probably won’t be a high-end device, but instead positioned in the mid-range for those who want a bigger display than the compact XPERIA mini but not something quite as big as the Arc. As for the CK15i, that looks to have the same 3.3-inch display size – said to be running at 240 x 400.

An official launch for the ST18i could be as early as later in May 2011, though that’s obviously not confirmed at this stage. We’re guessing Sony Ericsson will also include its new Facebook Inside XPERIA system.