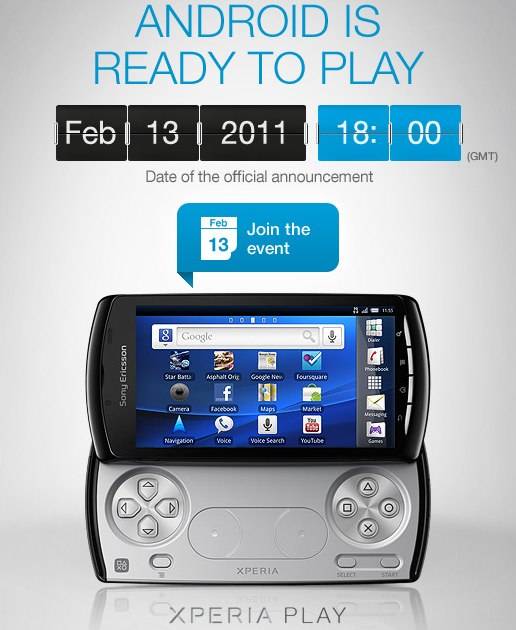 “Android is ready to play” reckons Sony Ericsson, and the company has finally admitted what we’ve known for a couple of months now, and officially unveiled the Sony Ericsson XPERIA Play. The PlayStation phone was outed in a Superbowl advert over the weekend, and according to Sony Ericsson’s Facebook page will be officially launched just before MWC 2011 on Sunday, February 13 at 13:00 EST.

That’s when we’ll have full details – including pricing and release dates – but we’ve already had confirmed that Vodafone UK intends to offer the handset. Android Community will be at MWC 2011 this year to bring back all the important Android news, so expect plenty of coverage on the XPERIA Play.