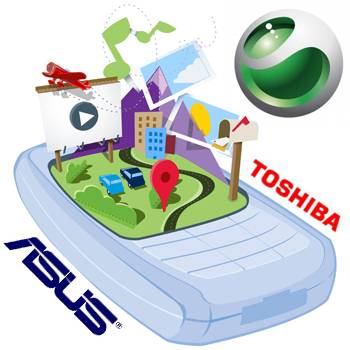 There has been a lot of hype surrounding the 14 new additions to the Open Handset Alliance (OHA), most of which comes back to one manufacturer, Sony Ericsson. We are surprised that not too many people have been talking about the laptop manufacturers Toshiba and Asus who have just joined.

With the release of the popular (and expensive) Xperia X1, Ericsson shows a lot of potential for high-end Android-powered handsets. We all know that those who are looking for open source want anything but your average run of the mill phone. Sony Ericsson spokesman, Garfield Brusewitz said, “We expect initially to focus on products in the higher segment, but later on we will also supplement with products for the broad mass market.”

They do not plan to focus just on Android however, much effort will be placed in Symbian and Windows Mobile. Investing in Android early on would be a very wise decision as it is still very small and possesses plenty of potential. Ericsson believes that Android in the future will be important to be a part of their lineup. Ericsson plans to release a series of Android-powered handsets, the first of which will launch around summer of 2009.