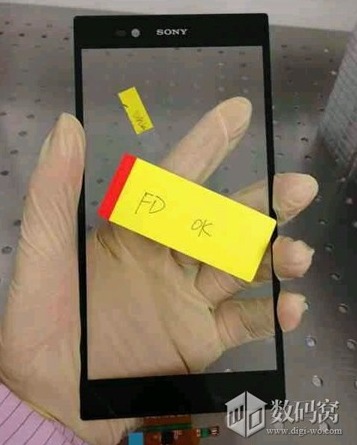 Some new reports have surfaced that the folks over at Sony are preparing more than just a few Xperia Z products for 2013. We’ve already seen their new 5-inch 1080p powered smartphone at CES, but now we’re seeing some leaked components leading us to believe Sony is cooking up a 6.44-inch powerhouse. Read on for more details on what’s coming next.

Sony hasn’t had the best luck so far in the US markets, but it’s safe to say they’re still doing relatively well in other markets. They’ve continued to push out quality smartphones and their new Z is looking rather nice itself. Today reports have arrived from The Verge showing a new 6.44-inch 1920 x 1080p smartphone. Maybe it’s a phablet, or maybe just a media player or gaming device. We’re not too sure yet.

With companies such as Samsung preparing a 6.3-inch Note III and Huawei releasing an Ascend Mate with a 6.1-inch screen, we guess it makes sense for Sony to do the same. We’ve seen multiple leaks suggesting LG and others have larger than usual devices coming soon, and now it appears that Sony is joining in on the phablet fun.

The image above was leaked by Digi-Wo and shows a massive smartphone complete with SONY branding up top. Looking at the Xperia Z hands-on from CES the panels look extremely similar, only this one is much larger. This could just be a prototype but either way we’ll be finding out more of Sony’s plans next month for MWC. Who thinks 6.44-inches is too big for a smartphone?