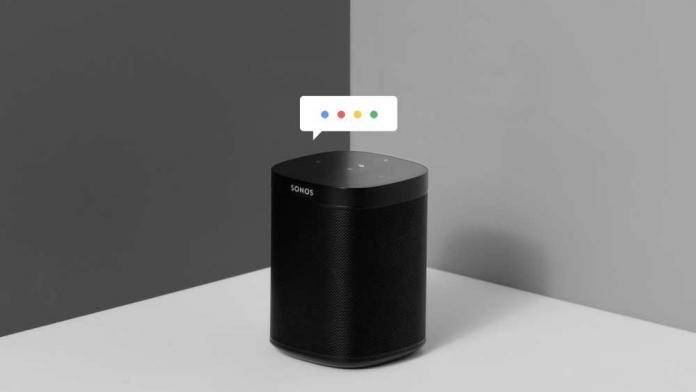 At the ongoing Consumer Electronics Show in Las Vegas, Google highlighted the fact that they are pushing through with the previously announced integration of Google Assistant into Sonos speakers. They have already started the private beta testing for selected devices and later this year, the Sonos One and Sonos Beam will have the digital assistant directly integrated into those speakers. Don’t worry, older speakers will also get a software update so that they can also join the Google Assistant party.

Back in 2017, the Sonos One was introduced to the market and they announced that they are working with Google to bring Google Assistant support to it by 2018. But by November of last year, they made another announcement that they will not be able to meet that “deadline”, much to the dismay of those who were eagerly waiting for the integration. But it looks like they’ve finally got it together and they have started a private beta test with selected Sonos users.

A spokesperson from Sonos said that they will be expanding their beta test and will add around a thousand households right after CES. After that, they will be making the announcement as to when the public roll-out will be and hopefully this time, it will stick. If they do release it later this year, they will actually be the first smart speaker that is able to support both Amazon’s Alexa and Google Assistant.

As for those with older Sonos speakers that don’t have integrated microphones, don’t worry, you will still have Google Assistant. Your speakers will get a software update that will allow you to use the digital assistant and ask queries, give commands, and control other connected smart devices. Let’s wait for further updates from Sonos regarding this integration.