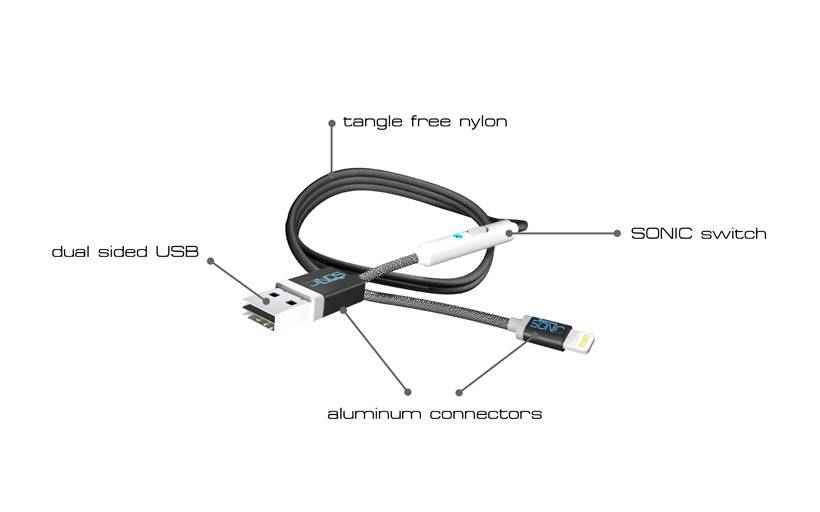 We all want faster charging for our smartphones and tablets. The faster they can charge, the better we are able to keep them powered and ready to use when we are on the go. A new charging cable has turned up called the SONICable that claims to be able to charge a smartphone twice as fast as using a normal cable.

The SONICable has a switch that can be flipped to turn off any wasted power that is used for sync and route it to charging the battery. You can turn the switch off to allow the phone to sync via the SONICable.

The cable also has a number of other features including a dual sided USB connector. The cable is made with tangle free nylon coating and the connectors are aluminum rather than plastic for durability. The cable is available for Android devices and Apple Lightning devices.

SONICable is on Indiegogo right now seeking $10,000 and has raised nearly $3000 with 42 days to go on the project. Right now, you can get a SONICable for $20 with shipping estimated for March.