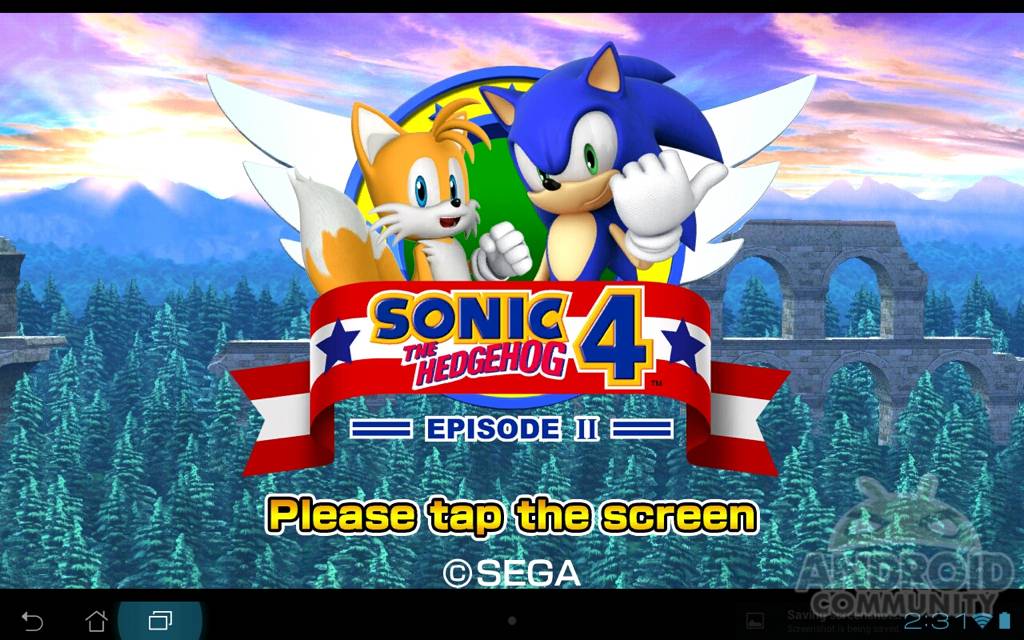 SEGA is back today with that awesome blue hedgehog we all know plenty about. Announced just now and available starting today is the brand new Sonic the Hedgehog 4 Episode II for Android. Sonic CD and episode 1 were smashing hits but Episode II looks to be their best yet. Currently only in THD, available for Tegra 3 powered devices this game brings graphics to another level — again. Check it out after the break.

We got our first look at the all new episode II back at Mobile World Congress but SEGA has worked extremely close with the folks from NVIDIA to make Sonic 4 Ep II on Tegra 3 devices the best version yet. With enhanced graphics, realistic lighting and effects, crazy cool physics and more I’m loving it already. It’s available starting today at the NVIDIA Tegrazone.com and in the Google Play Store starting at $6.99 for Tegra 3 devices. For now this only includes the few Tegra 3 devices but more are coming soon. Check out the hands-on gameplay below:

As you can see from my video (and terrible gaming skills) the graphics are pretty amazing and as close to console quality graphics as we’ve seen on mobile devices. This is basically a full-fledged Sonic experience from SEGA and NVIDIA. The textures have been taken up a few notches that you won’t experience on other Android devices, or on the iPhone, and the lighting and sharp edges are just purdy. 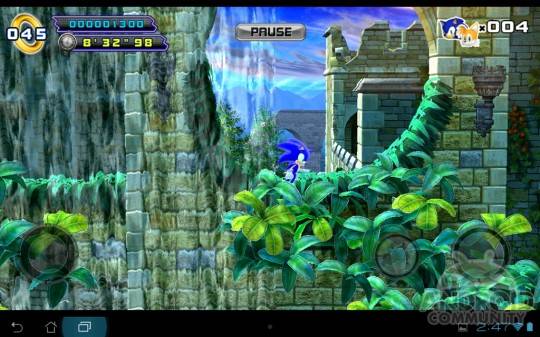 With water running, flowers and butterflies flying in the wind and Sonic and his sidekick Tails hanging out you’ll totally want to give this game a try. Nicely SEGA has also added multiplayer support. You can now play as the famous blue hedgehog while a friend joins you as Tails and you don’t even have to share one screen, as long as you both have Bluetooth enabled Tegra 3 devices. 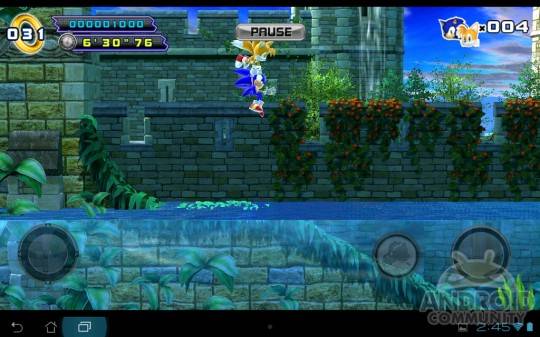 Just like Episode I the gameplay is extremely smooth, realistic, and fun. The Tegra 3 makes sure the game runs as smooth as butter and without a hitch. Sadly just like the original the controls can only be described as “floaty” and not nearly as tight as I’d like. I had a hard time controlling my little blue friend and a dedicated game controller would make this awesome. Get the Transformer Prime and the Logitech gamepad and you’ll be playing console-quality Sonic in no time flat though.

I’ll be streaming this to my HDTV later tonight and using the motion controls to see how things go and will be sure to update with additional thoughts. So far I love it and shows that old classics like SEGA and Sonic can still rock for mobile devices, as long as the controls are worth using.

Check out all the pictures from the gallery below, then hit the Tegra Zone and Play Store links above and get started today for $6.99. SEGA’s also announced that a Tegra 2 and regular Android devices version will be available in early June and you can learn more from sonicthehedgehog4.com