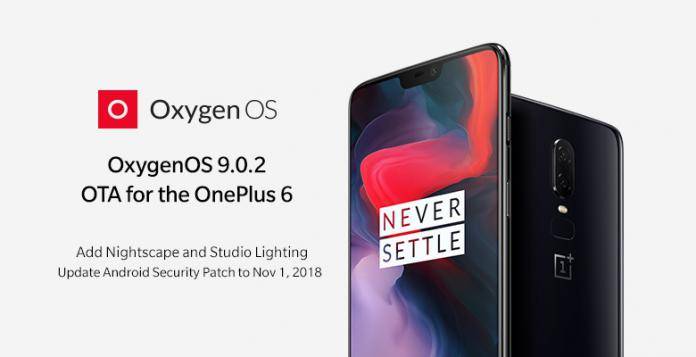 Even if you’re not buying the OnePlus 6T which just went on sale today, you have much to be happy about if you’re a OnePlus 6 owner. That’s because several features from the former are also now available for the latter through the OxygenOS 9.0.2 update which has started rolling out today. The update includes Nightscape, a shortcut for the Google Assistant, and even the security patch for November, even though it’s still early days for the new month now.

Kudos to OnePlus for rolling out this update that actually contains several features that were part of the Open Beta 6 just a few days ago. This includes the improved About Phone UI as well as the new app-switching gestures. You also get an optimized standby power consumption and the aforementioned security patch for this month, which we’ve continued to emphasize, is pretty important for your device’s protection.

Nightscape is an important thing to bring to OnePlus 6, coming from the recently released OnePlus 6T. This is good news for mobile photographers as it will help you take better pictures during low light situations and also help you with your nighttime photography. So not only will OnePlus 6T users benefit from this feature, but even their slightly older cousin will.

We’ve known about the Google Assistant power button shortcut since it was part of the Open Beta announced last September. Now it’s finally arrived for the OnePlus 6. Once you’ve updated your OxygenOS to the latest version, you’ll just have to hold down the power button for half a second longer and it will trigger Google’s official digital assistant. Just go to the Settings > Buttons & gestures, then toggle the “quick activate the assistant app”.

The OTA update for OxygenOS 9.0.2 will have a staged rollout starting today but only for limited users initially. There will be a broader rollout in the next few days.