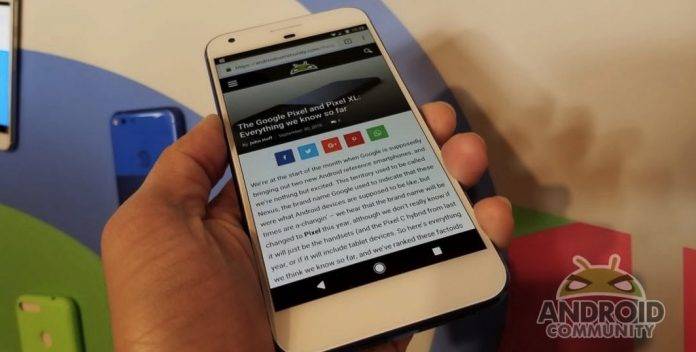 This is the first time we’re hearing this but some Google Pixel XL units seem to be defective if we are to believe a redditor who shared that he is already on his fourth replacement. ‘Badmark’ shared over on Reddit that his Pixel XL had some audio issue. He is on his fourth unit now since the replacements also had the same issue. It appears the issue isn’t an isolated case and is actually common for all Pixels.

Unfortunately, Google has not yet acknowledged the problem. Even the standard Pixels have the same issue as Badmark said that his wife’s phone also have some issues. When the maximum volumes are reached, there is an obvious static distortion as per the redditor.

The $900 smartphone is expected to be of the highest quality but since the Note 7 fiasco, we’re not too trusting enough. It’s such a disappointment for a device with that price and especially since it is a phone by Google. Even after a few updates, the issue is still there. Actually, Badmark already went in to get a fifth phone and it’s the same.

On his fifth and still fighting? Why not just give up the phone? Well, Badmark said he is past the 2-week return window so he is stuck with the smartphone. A bit of good news though–not all Pixel devices are defective or have the same issue but we believe there are a lot out there. Let’s wait and see for Google’s official statement and solution to this problem.