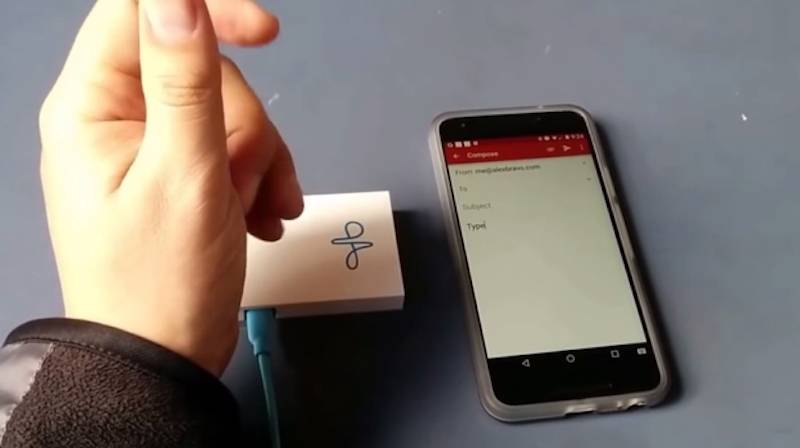 We’ve seen a lot of improvements in the way we input text in our mobile devices. You had the introduction of predictive input, and then later on, you had voice to text for our wearables and for hands-free situations. Now apparently, Google’s ATAP (advanced technologies and projects) group has been working on something that will actually let you type on air, or something to that effect. Now one of the engineers has demonstrated the SoliType prototype and it’s unlike anything we’ve ever seen before.

Based on the video, you will actually be typing in the air with the aid of a radar device that can eventually be added to a smartphone or a smartwatch. ATAP said that they are already working on a “full gesture recognition pipeline” which will let you make these hand gestures and they are seeing to it that the accuracy will be of a high degree.

In the video posted by Alex Bravo, one of the engineers working on the project, on his Google+ page, he had a USB peripheral that looks like a trackpad, except you don’t need to touch it for it to work. Writing down a short sentence with air gestures still takes a lot of time (and there’s still a lot of mistakes), not to mention it looks hard to actually do, so this will probably be not ready for a commercial release anytime soon.

The ATAP group believes that SoliType and whatever form it will take eventually has the potential to change how we type on our devices. It will also be beneficial to wearables since they do not have that large a screen to type out things and voice can sometimes be inaccurate. Let’s see where this project will eventually take us.