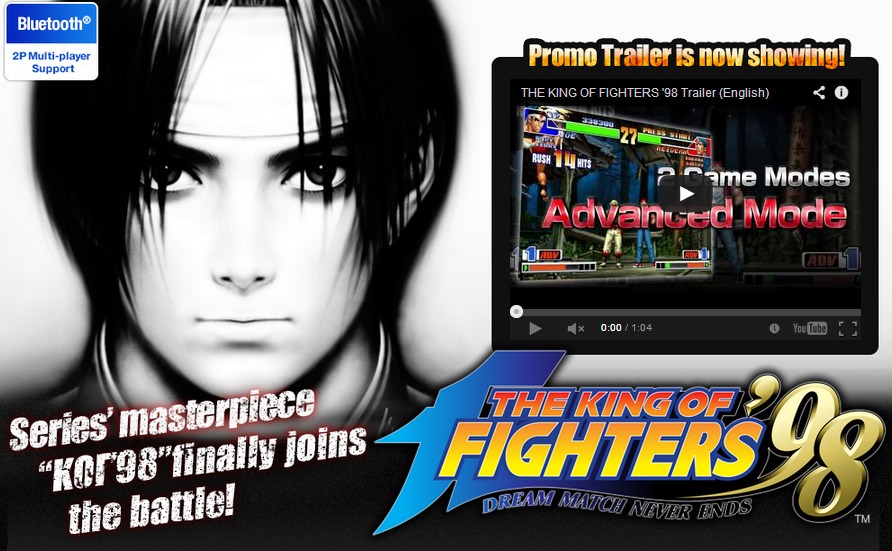 If you enjoyed the arcade beat-em-up era of the late 90s, then you might have played this fighting game favorite – King of Fighters. This particular arcade game has been ported to a number of consoles because of its huge nostalgia hit and immense replay value. And yes, game creators SNK Playmore are now bringing this to Android devices. Should be a blast.

King of Fighters ’98 is the fifth in the series of games SNK released under the KoF franchise, with the main attraction to the fans of the series being that the game brought back characters who were killed off in the earlier storylines (yes, these games did have storylines). The game itself did not add to the story arc, but was more about bring old and new characters together. For what, you ask? Why, for fighting, of course!

This jump to Android is a welcome, if a little bit predictable, move on SNK Playmore’s part. But hey, why not cash in on a good game? The game is easily downloadable via the Google Play Store (see the source link) for USD$3.99. With the download you get a beefed-up 38-character King of Fighters roster and you can fight all you want.

This version also brings what is probably a welcome additional feature to the fighting game genre in Android. Other famous fighting games have been bogged down by using virtual on-screen buttons, which not only hampered the view, but also made gameplay that much more difficult. This version, apart from having the virtual buttons, will also support Bluetooth gaming controllers, which should be a breath of fresh air for hardcore gamers.