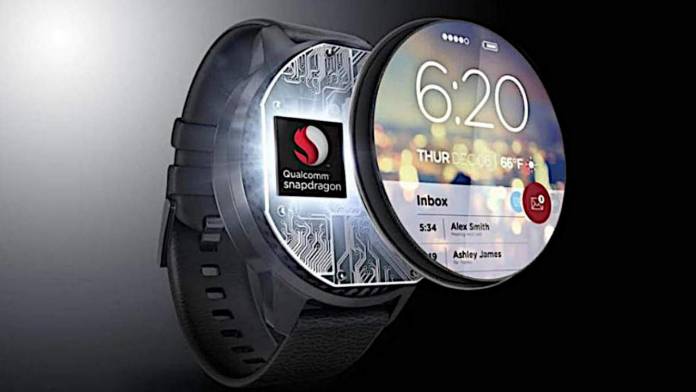 Android smartwatches haven’t seen the same reception as their handset counterparts. A big reason for this is the hardware. Qualcomm has been at the forefront here, just like with the chipsets in the phones, but it’s not been enough, so much that new partnerships are forming to make the big change in Android wearable. In order to keep pace, Qualcomm has previously hinted at its plans to make a new wearable chip. This could now turn true if the revelation of the chip in the company’s own source code is anything to go by.

The new chipset is identified as Snapdragon 5100, which XDA Developers claims to have identified in Qualcomm’s source code. Apparently, the new code released recently features a code with build ID “LAW.UM.2.0-00700-SW5100.0” with code name monaco.

LAW hew stands for Linux Android Wear (now referred to as Wear OS) and the code features SW5100 at the end. This could be the marketing interpretation of Snapdragon Wear 5100.

For the specs, reportedly the Monaco chip is based on Qualcomm’s own Bengal platform comprising Snapdragon 662 and 460 platforms. These are 11nm chipsets with four ARM Cortex-A73 and four Cortex-A53 cores. Expected to be a quad-core CPU it will run ARM Cortex-A73 cores, which is an improvement over the quad-core ARM Cortex-A53 of the Snapdragon Wear 4100.