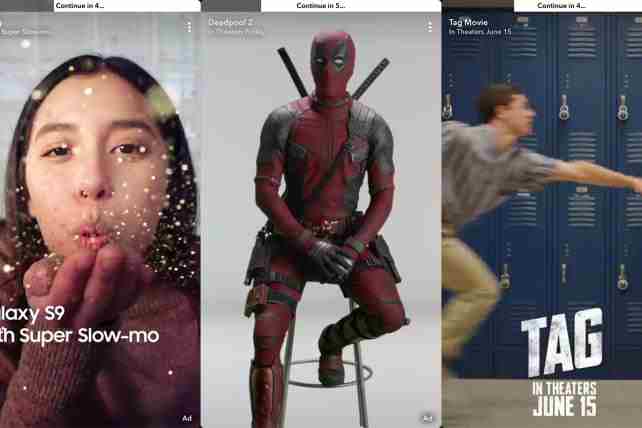 You’ve probably encountered those video ads on Facebook and YouTube that you absolutely can’t skip and even though they’re annoying, you know it’s a “price” you have to pay for in getting free access to these social networks. If you’re a Snapchat user, you will have to endure something similar when watching any of the publisher’s shows. They are now rolling out their first ever forced-view ads and even though they’re just 6 seconds long, it will still annoy some of the users of course.

Snapchat was initially wary about having any ad that the user cannot control, including video ads, but brands were not that happy with the average view times which were around 2 seconds. In order to have a viable ad-supported platform, things had to change and one of the results is this 6-second “forced view” ad that users cannot skip even if they wanted to. If you try to skip it, it will only show you how many seconds you have left to view.

They will only be seen in the Shows in the Discover section, where you can watch produced series from media partners like NBCUniversal, Walt Disney, Viacom, etc. However, they probably have to work on this before it becomes a cash center for them. Aside from the fact that a lot of users will find it annoying, the ads also don’t link to longer videos or their brands or any e-commerce experience.

These ads from Facebook, YouTube, and now Snapchat are surely annoying and interrupt our viewing experience, but are sometimes a necessary evil. Let us know what you feel about the 6-second ads, if you’ve encountered them while watching your Shows on Snapchat.