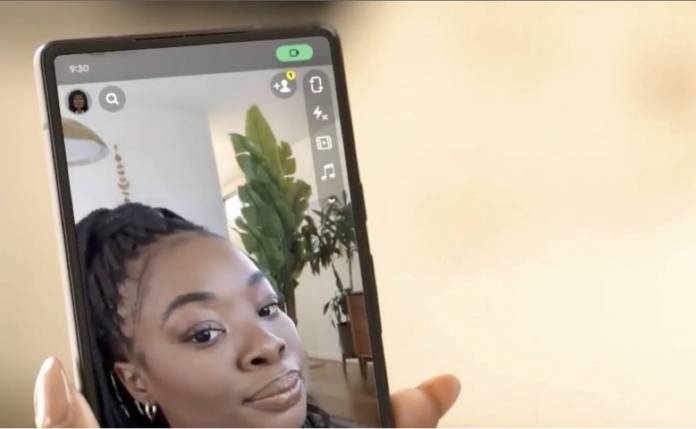 One of the announcements from Google at the Pixel launch event, aside from the new Pixel 6 devices of course, is that Snapchat is one of the third-party apps that has a special feature exclusive for the new smartphones. There will be a feature called “Quick Tap to Snap” that will let users take Snaps and even play with different Lenses directly from the lock screen without having to unlock your phone. There will also be “exclusive lenses and other exclusive features” later on.

Snapchat says this is the first time that their in-app camera will accessible directly from a phone lock screen. All you need to do is tap the back of your phone to launch the camera and then play around with the various lenses available. You don’t need to unlock your phone to be able to take Snaps. But once you want to share it on the app itself, you’ll have to log in to your phone so you’ll be able to “directly unlock the full app experience”.

They will also soon be launching some exclusive augmented reality lenses on the Pixel 6 devices and will also support some of the features on the new flagship line. This includes the use of the Ultra Wide Angle lens with a full field-of-view on the selfie camera. This will happen within Snapchat’s camera and chat. All they revealed was that you will be able to take wide-angle Snaps with the 94-degree shooter of the Pixel device, the only third-party app that will be able to use it on their own camera.

The Snapchat app will also be able to use the live translation feature of the Pixel 6 devices. Users will be able to chat with their friend within the app and have conversations translated in real-time in more than 10 languages. There were no other details about the other exclusive features like the lenses but we’ll probably hear more about it when the new Made by Google phones become available in the market.

Snapchat previously didn’t give priority to the Android version of its app but now it looks like they’re paying attention. The features will be launching “over the coming months” so we’ll wait for other official news from them and Google as well.