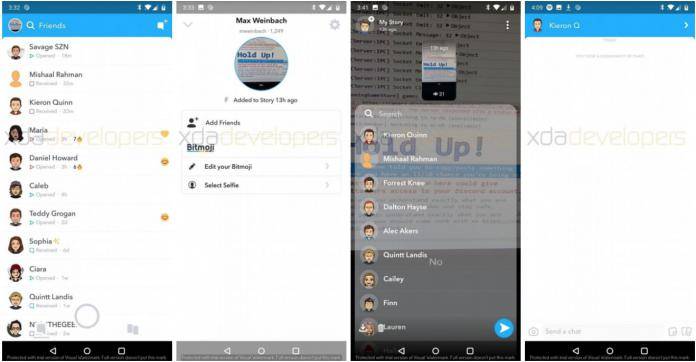 While Snapchat seems to still have a pretty loyal user base, some of their competitors have already caught up and even surpassed them. As part of their plan to keep their users happy and along the way maybe even get newer (younger) ones, CEO Evan Spiegel announced late last year that they will be building a “new” Android app from the ground up. And while we still haven’t heard anything official months later, it seems like the Alpha version of this new app can now be enabled, but only if you have a rooted phone.

There are still a lot of people, most probably the more experimental and adventurous ones out there, who have their phones rooted so they can sideload apps that haven’t officially been released yet. So if you’re one of those people and you want to see what the new Snapchat will potentially look like, then this should be easy for you. XDA Developers have a step-by-step guide that you should be able to easily follow.

But for those who don’t root their phones and would rather wait for Snapchat to officially release the updated app, you might still be curious about what’s going on there. Basically, the main focus of the update is to be able to improve the app’s performance, particularly the speed which can sometimes be frustratingly laggy at times. The first impression with this Alpha version is that it is noticeable faster which is of course what it is aiming to be.

However, there are still several issues to this version which may be one of the reasons why it’s not even in beta yet. You can’t send chats yet, it will crash regularly, you won’t see other features like maps, trophies, and Snapcodes. This is understandable as it is just in the testing phase but if you use Snapchat regularly, you might get frustrated.

If you still want to check it out, as we said, your device must be rooted. You can follow the detailed instructions over at the link below. Let us know what you think of this speedier Snapchat if you get to try it out.