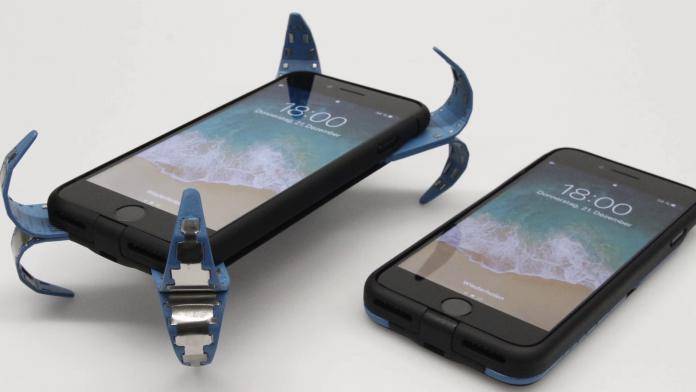 A smartphone airbag is something that you wouldn’t think is needed but you know geeks can be creative. It’s either that or there is really a need for such protection. Rugged protective covers may be all you need but when something is dropped from a certain height, there is high probability your phone will still break into pieces. Not with an airbag though. There’s this new accessory that was designed for smartphones to deploy like an “airbag”. The idea is that when you drop the phone on the ground, the airbag-like bumpers will open.

We don’t like the thought of something hitting or being dropped but you know accidents happen. Airbags in cars or in this case, phone covers, can actually prevent further damage.

If you’re an active mobile user (read: clumsy), then you may want to check out this special phone case by Aalen University’s engineering student. Philip Frenzel from Germany came up with this case with airbag bumpers after–you guessed it right–dropping his phone and cracking the screen. It has happened to him several times already. Out of necessity, Frenzel thought the design may help.

The phone case features flexible arms that are hidden inside. There are tiny sensors that can detect if the phone is falling. There’s not really an airbag but the arms come out before the phone hits a surface.

Frenzel spent four years on this project and his hard work has paid off by awarded by the German Society for Mechatronics for his outstanding work. There is no information on production and availability yet but we’re hoping the smartphone airbag hits Kickstarter soon.