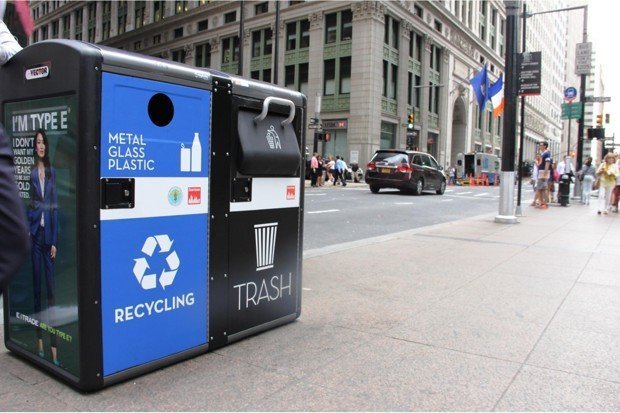 Who would have though that you can turn something smelly into something beneficial? That is what the people in the city of New York can expect as their already smart garbage bins may soon be turned into free WiFi hotspots as well. We don’t know if it would actually be hygienic to stand beside garbage bins if only to have a free online connection for a few minutes, but hey, beggars can’t be choosers right?

Okay, those garbage bins aren’t exactly the common, everyday ones that you see. These are the ones created by the Bigbelly, which currently has over 170 smart bins installed around the Manhattan area. What makes them so smart is that they have a chip that will send a message to trash collectors that the bins are either too full or too smelly already, and so they should make it a priority pick-up.

But now, they want to take the smartness one step further by teaming up with Downtown Alliance and turned two of the smart bins into WiFi hotspots. They tested it for a few hours every day and found that it could give off 50 to 75 megabits per second, which should be enough to run a small business. And having WiFi in those bins can also help the city government into collecting data about waste management and even give out public service announcements through the connection.

There have been various projects from different companies over the years that have tried to turn New York into one big connected city, like turning the existing 10,000 payphone booths into WiFi hubs, but that still hasn’t seen the light of day. Let’s see if this garbage bin project will eventually turn into something.