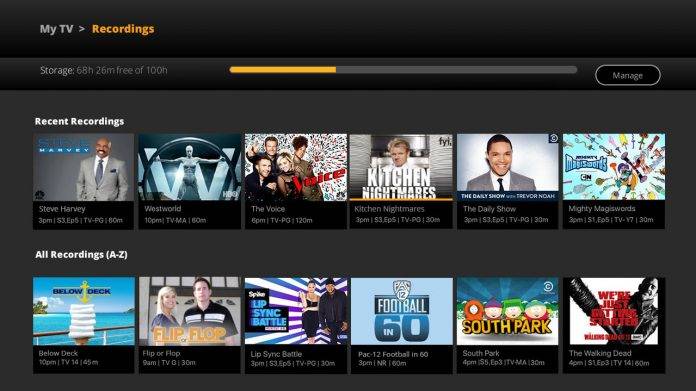 Because on-demand streaming services are the norm now for most TV watchers nowadays, the days of the DVR recording devices are almost over. Well, apparently, not if Sling TV can help it. They are in fact introducing a new Cloud DVR recording feature so that you can save your favorite sports, shows, and movies that were shown live, and then watch them when you want to. It is still in the beta phase for now and is only available for specific channels, but it will be interesting to see if this will actually be something their subscribers will be interested in.

The Cloud DVR service will enable you to record movies, episodes of TV shows, and other live programs that are showing on the various channels of Sling. However, there are certain channels that will not let you DVR their shows. You can also record several programs at the same time and they will not overwrite each other. You will be able to access your content on your “My TV” screen directly. If you’re already running out of space, it will automatically delete the oldest watched recordings to make space for the new ones.

The Sling TV subscribers who stream the content using Roku players and Roku TV will be the first ones to have access to this beta service. It will be open to Sling Orange and Sling Blue subscribers, but they would have to request to join the program by going to sling.com/dvr.

Those customers who will be accepted into the beta program will receive 100 hours of of cloud DVR Storage for free. They will probably charge for additional storage later on when Cloud DVR will get out of beta.