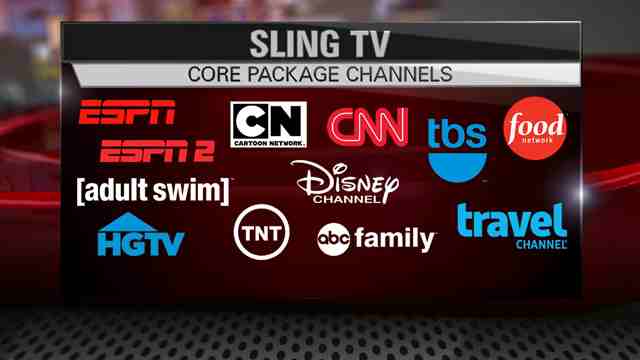 There will probably come a time in the near future (or some say it’s happening already) when we will be watching more television on our mobile devices, rather than an actual television set. With the popularity of video streaming services like Netflix, Hulu, Amazon, and others, you get to watch the shows you actually want whenever you want it. The latest to be part of this trend is Sling TV, and it’s now available for a host of devices, including Android smartphones and tablets.

Several channels like ESPN, TNT, TBS, Food Network, Cartoon Network, ABC Family, and the Disney Channel are available for live viewing on Sling TV. For just $20 a month, you get to watch all of these as well as other channels included in the package. The great thing about it, aside from the obvious, is that you don’t need to tie yourself with a long-term contract, but just renew it monthly if you’re satisfied with their streaming service.

Aside from these live TV channels and Video On Demand, you can also have access to Maker Studios’ library of original content from over 55,000 independent creators. For now, the channel has short-form videos, but pretty soon, their Polaris+ channel will be launching with long-form programs available exclusively with Sling TV for its first run. For sports fans, aside from the usual ESPN, ESPN2, you will get Sports Extra channels for an additional $5 each month. Some of those included in that package are Universal Sports, beIN Sports, ESPN Goal Line, plus many more channels where you can watch basketball, baseball, football, etc.

Aside from Android devices, Sling TV can also be accessed on Roku, iOS, PC and soon, support for Amazon Fire, Google’s Nexus players, select Samsung TVs and XBox One will also be included. But for your Android smartphones and tablets, you can download the app from the Google Play Store. Sling TV is not available for all regions.