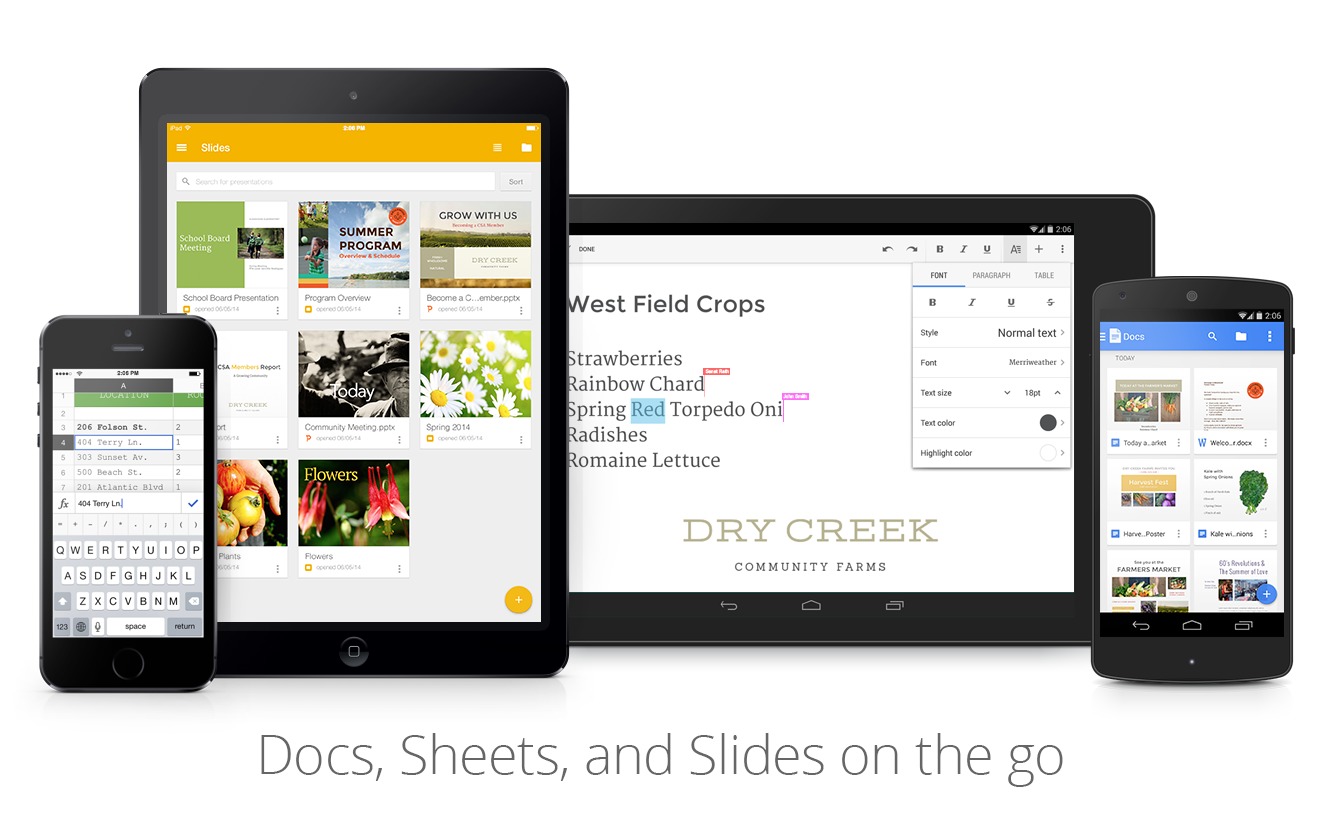 Among Google’s many announcements on the first day of its I/O conference, one of the things that got people (well, at least those who are productivity addicts) buzzing is the introduction of Google Slides, the newest addition to the Google Drive Office Suite. Just like with Docs and Sheets, Slides lets you create, edit and collaborate, this time, it’s all about presentations.

As Docs is to Word and Sheets is to Excel, then Slides is the Google version of Powerpoint. You can also open, edit and save the Powerpoint files using Slides, which makes it all the more easier to use both kinds of documents. You can work seamlessly while traveling and editing on your phone then switch to your desktop when you arrive at your destination. You can even access the Slides files on your desktop or mobile device, even if you don’t have any Internet connection.

Google has also given major updates on their Docs, Sheets and Slides apps for both desktop and mobile. The most important thing to know about this is that you can now edit and save Microsoft Office files on the web and mobile versions of these Google apps, without having to convert them to their original Office versions. The mobile apps of Docs, Sheets and Slides now come with built-in Office editing capabilities while the desktop extension of Chrome will now let you edit and share files from either your Gmail, Google Drive or if you’re using Chromebook.

When it comes to collaborating on documents, Google Drive has made it much easier for colleagues to work on their files together, rather than going back and forth through email and uploading edited files. But sometimes, you want to read their suggestions on edits first before actually applying it to the document. One new addition for Docs is the Suggested Edits feature, which anyone in your network can use as long as they have commenting access in your Google Docs.