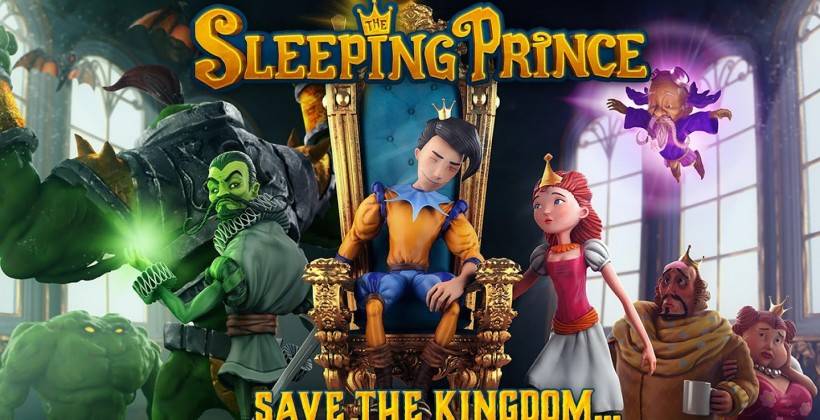 While the world has embraced fairy tales once again on the big screen, with live action remakes of such classics as Cinderella and Beauty and the Beast, over on Cloudreach, the prince is still dozing off while the Princess and the entire kingdom is in peril, but not through any fault of the dozing dope. So it’s still up to you, loyal mobile gamer, to literally drag the prince to become the hero his kingdom deserves.

In case you’re not familiar with the game and wondering why the heck would you help a sleeping prince, (okay, we don’t know why either, except that it’s fun) The Sleeping Prince Royal Edition is all about the path to rescue Princess Leona, who has fallen under the sleeping curse together with the rest of the kingdom. The only problem is that Sleeping Prince Perilous is, as you can guess from his name, sleeping too. So now you need to flick, throw, and toss him all throughout the game until he finally gets to the princess.

Flinging the prince around is not as easy as it sounds like, as you need to conserve your “magic energy” and also not fling him to his death or something. The physics-based puzzle game is fun and at the same time frustrating, which is precisely what people who will read a fairytale with a storyline like this, will feel.

An update to the game now means that it isn’t free anymore. You can buy the Sleeping Prince Royal Edition from the Google Play Store for just $1.99. The good news is that there are no more in-app purchases. All the bonus items you would need for your quest are now included in the premium edition already.