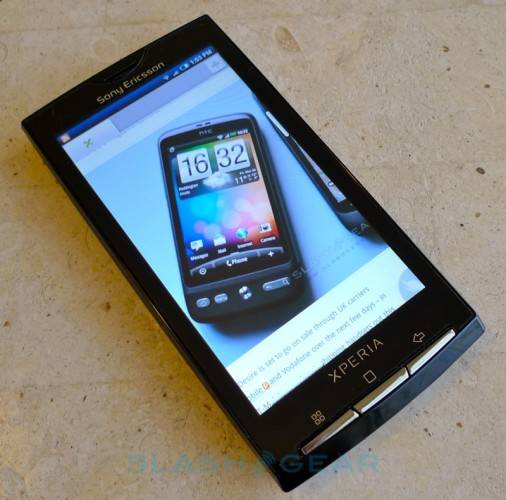 Another Android best has been handled by our friends from Slashgear. Earlier today they brought us one of the first unboxing of the highly anticipated HTC Desire. This time around, they are one of the first to review of the equally anticipated Sony Xperia X10. We’ve known, and wanted, this phone since around last October. Since then there has been multiple powerful Android handsets announced for release this year. So is it too little to for Sony or will this be their knight in shining armor.

The X10 same 1GHz Qualcomm Snapdragon processor as the Nexus One and HTC Desire but Sony chose to go with a 4” touch screen. Android 2.1 has been rumored to ship on the US version but this has not been confirmed so as it stands this is another 1.6 device. like Sense does for WinMo devices, Rachael does a great job of concealing the outdated donut that is installed on this device. 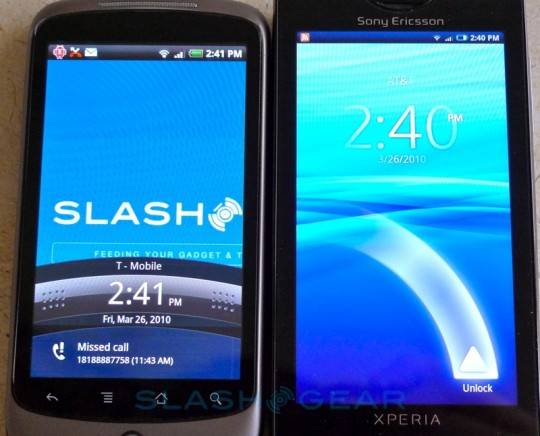 The X10 comes with 1GB of onboard storage, a microSD card slot and an 8GB card in the box. The usual additions like Wi-Fi, Bluetooth, GPS and a very impressive 8.1 MP camera with LED flash. Rachael UI is where device really shines; the two main components of Rachael are the Mediascape and Timescape apps. Mediascape handles all of the audio, video and image content. And Timescape, like HTC “Friend Stream” and Motorola “Happenings”, handles all of the phone’s social networking. For the complete in-depth review as well as a video and picture gallery, head over to Slashgear now.