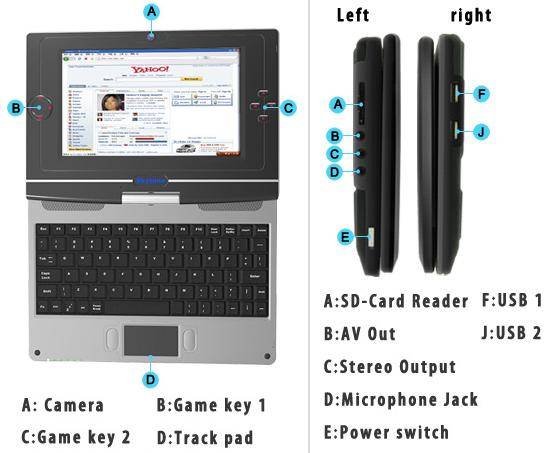 From Android-based MIDs to an Android netbook, the first budget ultraportable to adopt Google’s open-source OS looks to be the Skytone Alpha 680.  A convertible netbook with a 7-inch 800 x 480 display, ARM11 533MHz processor and mere 1GB of onboard storage, the Alpha 680’s selling point looks set to be its price, suggested as just $100.

For that you get a “capacitive touchpad”, which we’re assuming means the trackpad below the keyboard rather than the netbook’s display itself.  Other specs include WiFi, 128MB of DDR2 RAM (expandable to a heady 256MB) and two USB 2.0 ports.  3G is another option, but there’s no telling whether it’s integrated or merely plugs into one of those USB ports.

The hardware won’t blow anybody away, but if Skytone can bring the Alpha 680 to market then they’ll likely find at least a few buyers.  We’d wager this is a product in desperate search of a distributor, however, so don’t hold your breath.